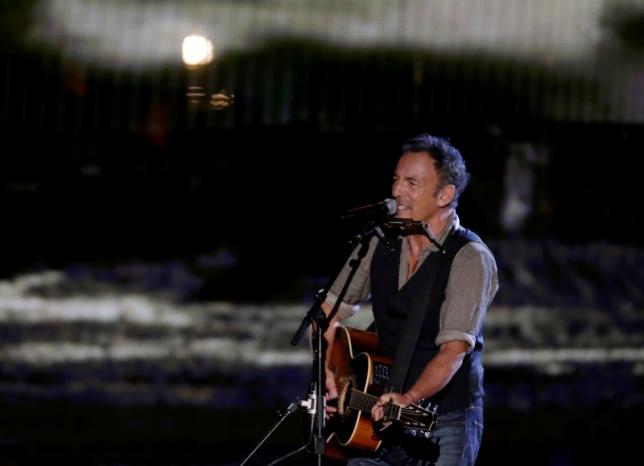 WASHINGTON - The New York Attorney General is investigating why so-called "speculative" tickets to a series of upcoming Bruce Springsteen concerts were listed for sale on websites owned by eBay and two other companies, according to letters seen by Reuters.

It also asks company executives to meet with investigators in the Internet bureau to answer questions about how they identify and combat speculative ticket sales.

Speculative tickets are sold by re-sellers who do not have tickets in hand. They generally try to purchase an actual ticket when they go on sale to the public and pocket the difference between what they charged the buyer and what they paid.

Bruce Springsteen's 2016 concert tour was announced on Dec. 4. He is due to play at several venues in New York, including Madison Square Garden and the Blue Cross Arena.

Although tickets will not go on sale until Dec. 11, Schneiderman's office said it found tickets were already being listed for sale on the three companies' websites.

In the case of StubHub, some of the tickets were being listed for $5,000 or more.

"In many cases, consumers who purchase a speculative ticket do not receive the seats that were advertised and paid for."

Chris VanDeHoef, a spokesman for TicketNetwork, said the company had already taken steps to address the issue.

"We have voluntarily chosen to take down any inventory listed on our site for Bruce Springsteen concerts in New York until the public sale this Friday and urge any other sites that have them listed now to do the same," he said.

A spokesman for StubHub said it planned to respond to the letter, adding it stood behind every ticket sold on its website. He said the company promises customers will get their tickets on time.

"If any of these things do not occur, we will find comparable or better tickets to the event, or provide a refund," the spokesman said.

A spokesperson from Vivid Seats confirmed receiving the letter and said the company shared "the goal of ensuring a positive customer experience in ticket buying." -Reuters

In depths of pandemic, one fashion designer turns hand to being a movie director

PARIS (Reuters) - French fashion designer Julien Fournie first learned to wield a pair of scissors, then to design a dress on an iPad. Now, the global pandemic has forced him to pick up a new skill - as movie director.

LOS ANGELES (Reuters) - The American Film Institute (AFI) on Monday announced its movies of the year, with five of the 10 honorees featuring predominantly non-white casts and stories.