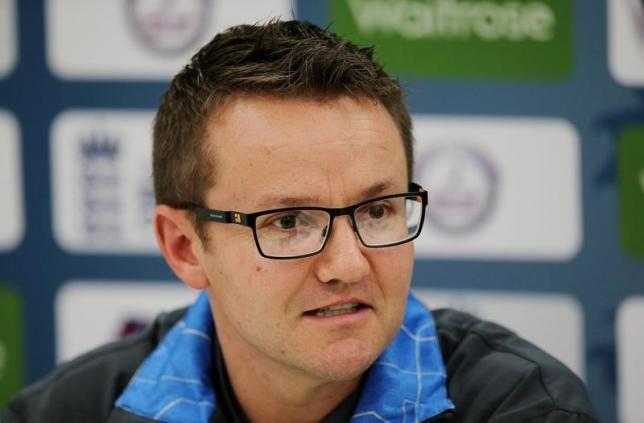 MELBOURNE - New Zealand coach Mike Hesson has demanded more aggression from his fast bowlers in the second test in Perth after they were punished by Australia's batsmen in the opening match in Brisbane. The tourists took just eight wickets on a fast, bouncy wicket at the Gabba and were plundered for over 800 runs across both innings in the 208-run defeat. While hampered by a back injury to new ball bowler Tim Southee, who remains a doubt for the second match starting on Friday, seamers Trent Boult and Doug Bracewell were both feasted upon by Australia's top order. "We need more aggressive intent with the ball," Hesson told reporters in Brisbane on Tuesday. "We are a bit underdone from a skill perspective. "I was disappointed with the way we bowled ... outside of Tim, who was very good." New Zealand were denied some match practice in the leadup to the series opener after a tour match in Sydney was called off due to a poor pitch, but Hesson declined to blame the hosts for failing to provide proper facilities. "We have plenty of good nets in Brisbane to be ready on the first day, and we weren't. We have no excuses," he said. "The first-innings bowling would suggest we weren't as good as we can be but there's many reasons for that. "Whether it's nerves, whether it's the fact they attacked us and took us off our lengths, I'm unsure," Hesson said. The Black Caps now have a huge task to win the remaining two matches in Perth and Adelaide if they are to seal their first test series on Australian soil since 1985/86, but Hesson has not given up hope. "Ideally you never want to be one down but we've shown a heck of a lot of character in the past to come back and either win or draw the series," he said. "It's a tough place to come and win but we know we can perform better as a team and we'll certainly be looking to do that in Perth." -Reuters