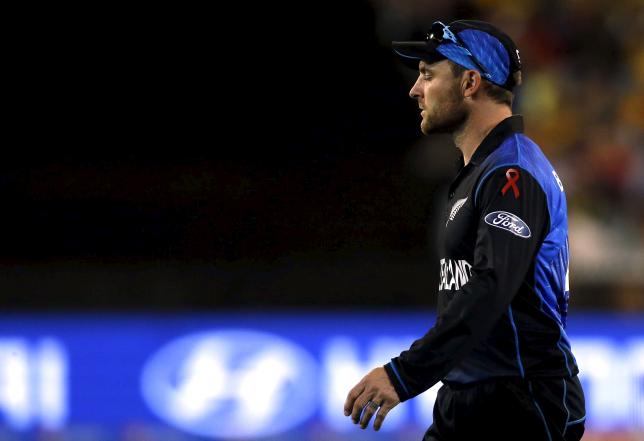 WELLINGTON - Brendon McCullum's inspirational captaincy has lifted New Zealand and the flamboyant batsman should continue leading the side in all three formats at least until next year's World Twenty20, former captain Stephen Fleming said. Since last year, New Zealand at home have won test series against India, West Indies and Sri Lanka and dazzled in 50-overs and breezed into their maiden World Cup final at Melbourne. Great rivals Australia won the title but for six weeks, the Black Caps displayed an aggressive brand of cricket which earned them eight successive victories and the admiration of millions. Former captain Daniel Vettori and seamer Kyle Kills have since retired but Fleming hoped that the 33-year-old McCullum will stick around to continue the "good work". "I hope he opts to carry on in charge of the side across all formats for the foreseeable future," Fleming wrote in his column on the International Cricket Council's website on Thursday. "He has lifted the Black Caps up by their bootstraps ... and he ended the World Cup with his position water-tight. "He is a positive leader who leads by example and although Kane Williamson is regarded as the next cab off the rank in terms of captaincy, it would be ideal if McCullum stayed on to continue the work he and coach Mike Hesson have begun, at least until the end of that ICC World Twenty20 at the earliest." The World Twenty20 will be held in India next year and former wicketkeeper McCullum, who has long complained of back problems, said throughout the New Zealand summer that he was treating every game as his last. Fleming, New Zealand's most successful captain, feels the team's recent achievements have drawn a huge number of fans in a country where rugby is the number one sport. "It has created a euphoria and an awareness of cricket that has not (been) existing in New Zealand since 1992 but now it is important that the legacy... is built upon," the 42-year-old wrote. "We have to hope the team's success and the fact its profile has now grown in a major way will provide New Zealand Cricket's administrators with more clout around negotiating future commitments for the national side." - Reuters