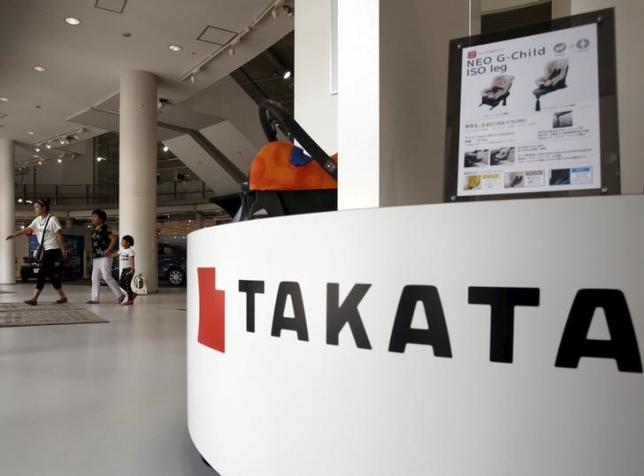 TOKYO – Nissan Motor Co (7201.T) said on Saturday it will not use air bag inflators made by Japanese auto parts supplier Takata Corp (7312.T) in its cars. Nissan joins most major automakers, including Toyota Motor Corp (7203.T) and Honda Motor Co (7267.T), that decided to stop using Takata's inflators that have led to extensive recalls around the world. "We have decided to no longer use (Takata's) inflators containing ammonium nitrate in airbags for future models," Nissan said in a statement. "We will continue to put our customers' safety first and work to replace the inflators in vehicles under recall as quickly as possible," it said. U.S. auto safety regulators have said Takata's inflators containing ammonium nitrate may cause air bags to explode with excessive force, spraying shrapnel in the vehicle. More than 30 million cars have been recalled worldwide since 2008 over the Takata air bag inflators. Defective inflators have been linked to eight deaths and more than 100 injuries. Nissan said on Monday it would carry out a repeat inspection of vehicles in Japan which had initially been cleared of airbag defects after a passenger was injured when her Takata airbag deployed during a collision last week. –Reuters