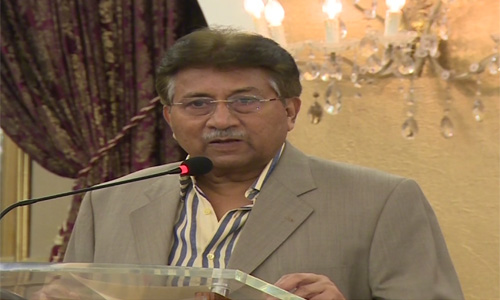 KARACHI (92 News) – Former president Pervez Musharraf said that there could be no real change without changing the system in the country. Addressing the All Pakistan Muslim League (APML) Central Working Committee meeting and workers’ convention on Sunday, he said that an attempt was made to oust him from politics through political cases. “Conditions are heading towards midterm polls. There is need for a third force in country.” He said that his party will not only participate in the local bodies elections but also achieve the victory. “There are no millionaires and billionaires in my party. Cases were registered against them, but they did not get worried. I know office-bearers ran the party during difficult times, but now conditions are better,” he said. The former president said that the party will be reorganized across the country. “We are Pakistan and Pakistan is from us. We have to work for the future of Pakistan,” he maintained.