No signing of joint declaration at ASEAN defence forum 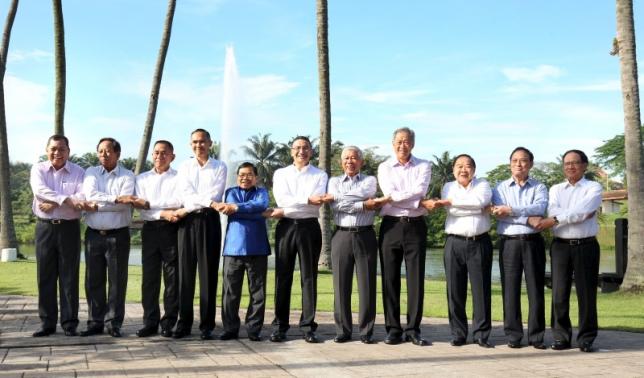 No signing of joint declaration at ASEAN defence forum

KUALA LUMPUR - There will be no signing ceremony for a joint statement at the end of an ASEAN defence forum, hosts Malaysia said in a revised schedule issued on Wednesday, after China lobbied Southeast Asian nations to drop any reference to concerns over the South China Sea. The United States is also attending the meeting and had wanted the statement to include references to the South China Sea. A senior US official said it was understood that no statement would be issued at the end of the meeting. -Reuters