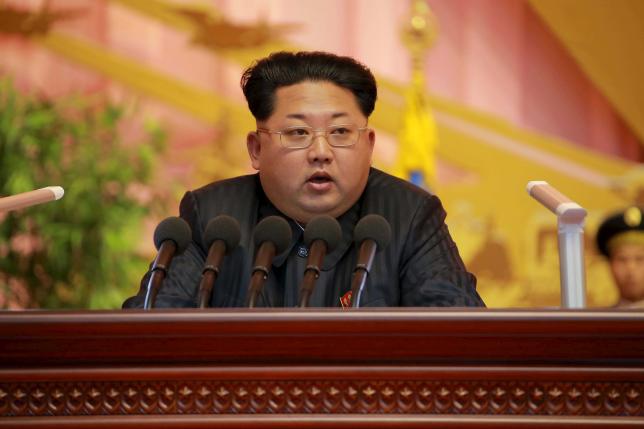 SEOUL – North Korea appeared to conduct a submarine-launched ballistic missile test on Saturday but it ended in failure with no indication that the missile successfully ejected from the vessel and took off, South Korea's Yonhap news agency reported. The test, if confirmed, follows a test-launch in May of a submarine-launched ballistic missile (SLBM), which Pyongyang boasted as a success but has not been independently verified. "There is no identification of a missile taking flight and only fragments of a safety cover was observed so it's highly likely that the launch was a misfire," a South Korean government source was quoted as saying by Yonhap. South Korea's Defence Ministry declined to confirm the report citing its policy of not commenting on intelligence matters. The North's May test launch of an SLBM fueled alarm in South Korea and the United States about the possibility of advances in the military capabilities of a state that is pursuing a nuclear weapons program. But a high-ranking U.S. military official and private rocket experts questioned the authenticity of photographs released by the North of the May launch saying they were likely modified. The missile was likely launched from a specially designed submerged barge and not from a submarine and that the North is years away from developing such technology, some experts have said. But South Korea said it believed the rocket was fired from a submarine and flew about 150 meters out of the water. North Korea has defied U.N. sanctions for its missile and nuclear tests and is believed to be developing a nuclear device small enough to be mounted on a ballistic missile but it is believed to be some years away from perfecting the technology. North Korea is technically still at war with the South after their 1950-53 conflict ended in a truce, not a peace treaty. About 28,500 U.S. troops are based in South Korea in combined defense with the South against the North. –Reuters