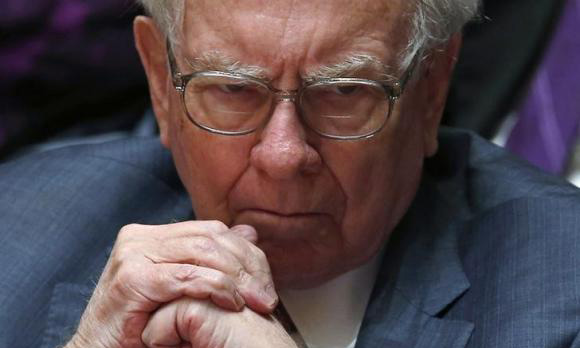 NEW YORK - Following Warren Buffett's investment advice may be smart but nutritionists say that eating too many of the "junk-food" products made by companies he has invested in isn't quite as wise. His move on Wednesday to inject Velveeta cheese, Jell-O, Lunchables, Oscar Mayer wieners, and Kool-Aid into his portfolio, stuffs an already amply supplied larder. The additions came from the acquisition of Kraft Foods Group Inc (KRFT.O) by H.J. Heinz Co, which is controlled by 3G Capital and Buffett's Berkshire Hathaway (BRKa.N). His larder already included everything from Burger King's BKCBK.UL Triple Whopper burgers, Coca-Cola soft drinks and Tim Horton donuts to See's Candies and Dairy Queen icecream Blizzards, as well as such Heinz brands as Tomato Ketchup, Ore-Ida fries, bagel bites and T.G.I. Friday's mozzarella sticks. Altogether, Buffett is assembling one of the biggest ranges of snack food brands in the world. Heinz does say on its website that its global portfolio "is centered on nutritious foods made with tomatoes, beans, fruits and vegetables" but nutritionists still regard many of the products as closer to the junk-food category. One of the world's most successful investors, the "Oracle of Omaha"does, though, eat what he invests in. The 84-year-old CEO of Berkshire Hathaway (BRKa.N) relishes a high-sugar, high-salt diet that is akin, he has said, to eating like a 6-year-old. "If somebody told me that I live a year longer by eating nothing but broccoli and asparagus from now on ... every day will seem like as long. I'll stick with the Cheetos and the Coke," Buffett told CNBC in March 2010. Calls and emails to Buffett's office were not returned and Buffett's business partner, Charlie Munger, 91, was not available for comment. His favorite breakfast of Coke paired with Utz Potato Stix - and including a daily minimum of another four Cokes (with a Cherry Coke to end a particularly long day) - might send any child ping-ponging off the walls. "I think we can emulate Warren in some ways but not in others," said Joanne Ikeda, nutritionist emeritus at University of California Berkeley. "He's got a devil-may-care attitude that perhaps helped him get ahead with finances. Some people are impervious to sickness." Even during a visit to the Four Seasons restaurant in New York City in April 2014, Buffett ordered a dessert from Dairy Queen to top off his steak and Cherry Coke dinner. He had to settle for chocolate chip cookies. And Berkshire Hathaway's annual investor meetings also involve a three-day gorging on portfolio delights by Buffett and the many thousands who attend. "His attitude toward this kind of food is a little worrisome," said David Seres, MD, director of medical nutrition at the Columbia University Medical Center in New York, adding that he thinks such investments send the worst kind of message to America. "He is not what I would call an ideal role model in eating and his attitude toward nutrition in general." However, on Wall Street there is a lot less concern. Financial analyst Tony Scherrer said Buffett has a pulse on Middle American eaters, and knows what appeals to most U.S. taste buds. "Most of America is not in a spot where veggie trends are as ubiquitous as in the urban areas — think New York versus the Midwest," said Scherrer, director of research at Smead Capital Management. He said the Heinz-Kraft deal is for a business that "generates prodigious amounts of free cash flow." And Buffett's hunger for junk food companies may be far from sated. He told Fortune magazine last month that he's talked to the management of Utz, the Pennsylvania-based snack maker, about potentially buying the company. And with Kraft now under his belt, Buffett could decide to literally drink his own Kool-Aid and push ahead with more such acquisitions. - REUTERS