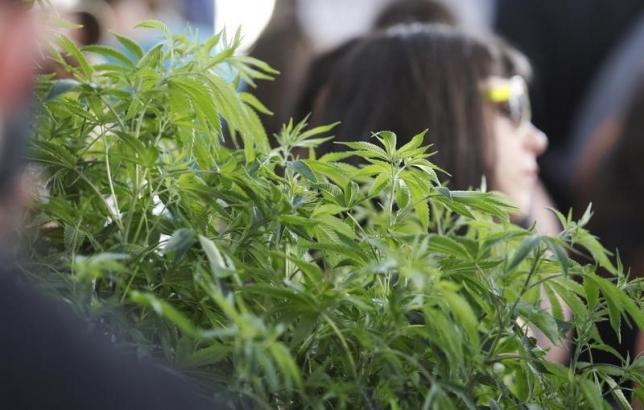 CLEVELAND - Ohio voters soundly rejected a measure that would have made it the first US Midwestern state to legalize the recreational use of marijuana, local media projections said. Issue 3, which would have added an amendment to the state constitution that legalizes both the personal and medical use of marijuana for those over 21 years old, was defeated by nearly a two-to-one margin, the projections said. The measure was criticized for allowing the main backers of the proposal cartel-like powers over the industry in the state for several years, an arrangement that rubbed many voters who supported legalization of the drug the wrong way, analysts said. With 75 percent of precincts reporting, the measure lost in every one of the state’s 87 counties, with one county not reporting. It also lost in urban areas and counties with a large population of college students, with 1,628,521 voting against and 887,327 voting for legalization. Ohio Governor John Kasich, a Republican running for US president, said in a statement that he was “proud Ohioans voted no on Issue 3 and instead chose a path that helps strengthen our families and communities”. Ohio is considered a political bellwether, with the candidate who wins the state usually winning the presidency. A victory for recreational marijuana in Ohio could have changed the national conversation on legalization, said Gary Daniels of the Ohio American Civil Liberties Union. The states that have legalized the recreational usage of marijuana are Alaska, Colorado, Washington and Oregon, as well as the District of Columbia. About two dozen states allow its use for medical reasons. Seven other states are expected to vote on recreational marijuana legalization next year. Issue 3 would have granted exclusive rights for commercial marijuana growth and distribution to 10 facilities across the state. Those facilities are owned by investors in the legalization movement. Critics say that creates a monopoly, and responded with a rival ballot measure called Issue 2. That would nullify legalization if it creates "an economic monopoly or special privilege" for a private entity. With more than half of all precincts reporting, Issue 2 was passing with a 4 percent margin. NORML has endorsed the legalization measure, although with "some hesitancy" because of the limited number of growing sites, said Danielle Keane, political director for NORML, a legalization advocacy group. -Reuters