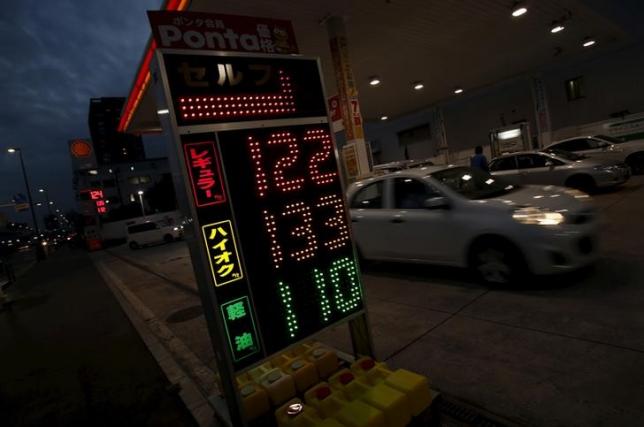 SINGAPORE - Crude oil futures rose on Monday as France launched large-scale air strikes against Islamic State in Syria, but analysts said oil and other commodities were expected to remain under pressure as oversupply weighs on prices. Crude benchmarks, which lost 8 percent last week, saw high levels of activity as commodity traders looked for direction after the deadly attacks in Paris on Friday. Front-month US crude futures CLc1 broke back above $41 a barrel, trading at $41.08 a barrel at 0425 GMT, up 34 cents from their last close. Internationally traded Brent LCOc1 was at $44.98 a barrel, up over a percentage point and half a dollar, testing resistance at $45 per barrel. Once markets settled following a nervous start, oil prices began rising. Traders said the higher prices were largely a matter of sentiment, with a risk premium being factored in following France's large-scale air strikes against Islamic State positions in Syria in response to the shootings and bombings in Paris that killed more than 130 people. "France started to increase its participation against ISIS in Syria. This has pushed prices up only slightly, preventing the bearish momentum from continuing," said Daniel Ang of Singapore-based Phillip Futures in a note. Generally, though, he added, oil markets seem more concerned with bearish fundamentals. Other analysts agreed oil prices would remain under pressure from fundamentals as production remains high despite slowing global economic growth. "Surprisingly, US drillers are putting rigs back to work in the oil fields after more than two months," ANZ bank said, citing the addition of two rigs to Baker Hughes' US oil rig count. Still, "we believe the low oil price environment will lead to a decline in drilling activity in the coming weeks," the bank added. Oil prices have dropped more than 60 percent since June last year as high production has coincided with an economic slowdown in Asia, particularly in China but also Japan, which slipped back into recession in the third quarter. The Baker Hughes data on Friday showed the first rise in the US oil rig count in 11 weeks, while the International Energy Agency (IEA) said there was a record 3 billion barrels of crude and oil products in tanks worldwide. The oil in storage is comparable to a months' worth of global oil consumption. Despite the oil glut, trading continues unabated, with open interest - or the number of unsettled deals - in front-month Brent futures soaring to record highs just as prices slumped. -Reuters