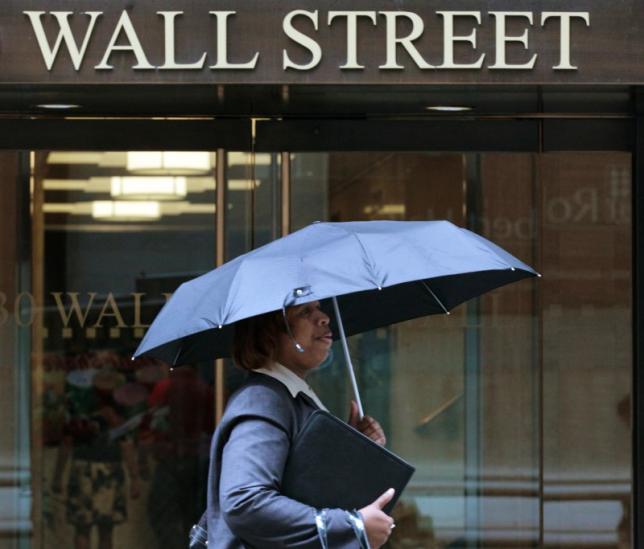 NEW YORK - Oil prices jumped and government debt prices edged up on Tuesday as concern about global tensions rose after Turkey shot down a Russian warplane near the Syrian border. US stocks erased early declines, ending slightly higher as energy shares rose with oil prices. The dollar fell against the traditionally safe-haven Japanese yen, helping to push gold up. Travel stocks fell after the US State Department late on Monday warned US citizens of the risk to worldwide travel posed by what it called increased terrorist threats. United Continental, American Airlines and Delta Air Lines each fell at least 2 percent. Investors have been on edge about the risk of more terror incidents following the Nov. 13 attacks in Paris that left at least 130 dead. The warplane incident was the first time a NATO member's armed forces shot down a Russian or Soviet military aircraft since the 1950s. Russia said its plane was downed over Syria. Oil prices hit two-week highs, with Brent futures rising 2.9 percent to settle at $46.12 a barrel and US crude gaining 2.7 percent to settle at $42.87. Energy shares contributed the biggest lift to US stocks. The S&P energy index ended up 2.2 percent. "You came in this morning and everybody was talking about this potential escalation of violence between Turkey and Russia," said Andrew Frankel, co-president of Stuart Frankel & Co in New York. But, "Russia's response could have been a lot more confrontational." The Dow Jones industrial average rose 19.51 points, or 0.11 percent, to 17,812.19, the S&P 500 gained 2.55 points, or 0.12 percent, to 2,089.14 and the Nasdaq Composite added 0.33 points, or 0.01 percent, to 5,102.81. The MSCI index of global stock markets was down 0.1 percent, well off the day's lows, while a broad gauge of European stocks dropped 1.3 percent. Turkish shares fell as well, while the prospect of escalating tension between NATO and Russia gave an additional push lower to German yields. In US Treasuries trading, benchmark 10-year Treasuries notes were up 3/32 in price to yield 2.239 percent, down 1 basis point from late on Monday. Upbeat US gross domestic product numbers, which supported the view the US Federal Reserve could raise interest rates next month, limited the bond market's gains. DOLLAR FALLS The dollar index, which measures the dollar against six major world currencies, fell 0.2 percent. Against the Japanese yen, the currency fell to 122.56 yen, off 0.2 percent. Scott Smith, senior market analyst at Cambridge Global Payments in Toronto, said he expects heightened volatility and choppy trading this week, which will be shortened by the US Thanksgiving holiday on Thursday. Gold rose, recovering from near six-year lows after news of the plane's downing. Spot gold rose as much as 1.1 percent to $1,080.51 and was last up 0.5 percent at $1,074.61 an ounce. -Reuters