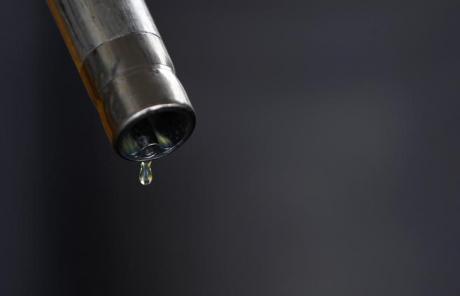 SINGAPORE – Oil prices dropped over a percentage point on Monday after Saudi Arabia said over the weekend that the market defined prices and the kingdom would not unilaterally cut its output to defend prices. Since oil prices started to fall in June 2014, many analysts have expected OPEC's biggest producer to eventually curb its output as it has done many times in the past to support prices. Yet Riyadh has so far opted to keep its output stable to protect market share against non-OPEC producers such as the United States - where production has soared as a result of the shale exploration boom - and Russia. Benchmark Brent crude oil futures was trading at $54.65 a barrel at 0700 GMT, down 67 cents from their last settlement. U.S. WTI crude was down 72 cents at $45.85 a barrel. "We repeat that, as for prices, the market determines it," Saudi oil minister Ali al-Naimi said on Sunday, adding that Saudi Arabia would only consider output cuts in cooperation with non-OPEC producers. "We tried, we held meetings and we did not succeed because countries (outside OPEC) were insisting that OPEC carry the burden (of cuts) and we refuse that OPEC bears the responsibility," Naimi said. With OPEC output making up about 30 percent of world supply and 70 percent coming from elsewhere, "everybody is supposed to participate if we want to improve prices," he said. Analysts said that the surplus of oil in the market would increase if production is not cut. "If OPEC production were to remain around current production levels and close to its target of 30 mb/d, the implied surplus in the oil market would expand from 0.9 mb/d to 1.3 mb/d," Barclays said on Monday. –Reuters