Oil prices edge up on reports of falling inventories, but glut remains in place 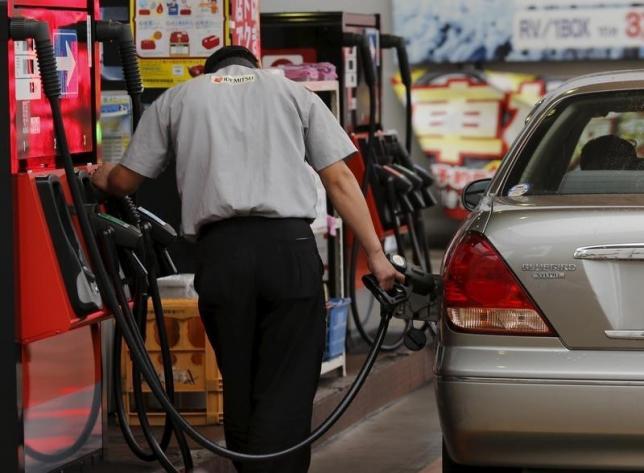 Oil prices edge up on reports of falling inventories, but glut remains in place

SINGAPORE - Oil prices edged up on Wednesday following reports of falling stockpiles and rising refinery activity, but analysts said the market would remain under pressure for the rest of the year and into 2016. Industry group American Petroleum Institute (API) said on Tuesday that US crude stockpiles fell last week by 482,000 barrels due partly to higher refinery runs. This helped push front-month US crude futures CLc1 up 29 cents from their last settlement to $40.96 (27 pounds) a barrel at 0552 GMT. The gain followed an over $1 fall the previous session. Official inventory data is due later on Wednesday from the US government's Energy Information Administration (EIA). Internationally traded Brent crude futures LCOc1 were up 35 cents at $43.92 per barrel. Despite the slight gains on Wednesday, most analysts expect prices to remain at low levels for the rest of the year and into 2016 as production continues to outpace demand. "Oil market sentiment has turned back to 'max bearish' mode. Talk of $20 oil is back," consultancy Energy Aspects said in a note this week. At the core of the bearish sentiment is that every day between 0.7-2.5 million barrels of oil per day are being produced in excess of demand, leading to a glut that is testing the logistics of oil markets. "Inventory overhang is the topic du jour in the oil markets. OECD crude inventories 20 percent above their 5-year seasonal average," said Jefferies bank. "We expect that inventories will build counter-seasonally (stocks usually fall in winter) in 4Q15 and that the market will remain oversupplied through 1H16," it added. Onshore inventories across the world are on the brink of being full, a condition known as tank-top, while offshore tanker storage requires prices on the far end of the curve to be higher than prompt deliveries in order to warrant storage. "The market is actively seeking storage solutions," Jefferies said, but with January 2017 prices currently trading around $6 a barrel above those for January 2016, the spread is too low to make floating storage attractive as freight costs still have to be included. "The oversupply and surpluses are likely to continue well into next year, exerting continued downward pressure on prices," the Center for Strategic and International Studies said in its 2016 outlook on Wednesday. An economic slowdown in Asia, and China in particular, is also hitting other commodities. Copper fell towards six-year lows on Wednesday as traders increased their bets on waning demand in top user China. -Reuters