Oil prices give up early gains as market glut persists 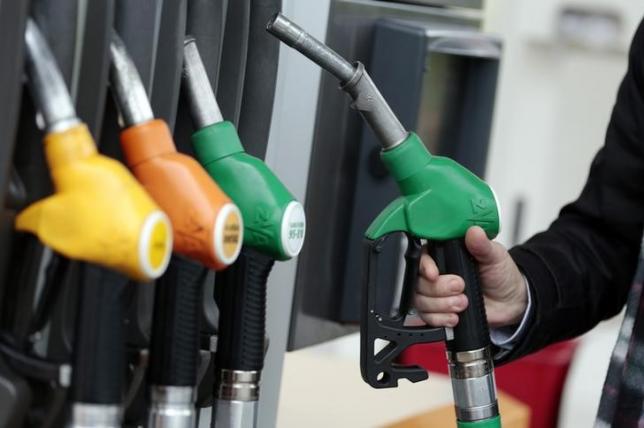 Oil prices give up early gains as market glut persists

SINGAPORE - Oil prices turned away from slight gains on Tuesday as the risk premium following the Paris attacks and the French airstrikes in Syria faded and traders began to focus on the global oversupply in petroleum products again. Analysts said that despite the Paris attacks and resulting French airstrikes in Syria, prices would remain low for the rest of the year and into 2016 as oil markets stay oversupplied, with most estimates for 2015 ranging from production outpacing demand by 0.7-2.5 million barrels per day. Many speculators are even positioning themselves for further price falls. Front-month US crude futures initially rose towards $42 per barrel in early trading but then dipped back to $41.75 a barrel by 0320 GMT, almost flat with its last settlement. Internationally traded Brent crude futures rose towards $44.80 before dipping back to $44.62 a barrel. "The well supplied crude market, record high inventories in OECD and lack of a material threat to the oil facilities in the Middle East from the military escalation against IS in Syria are going to prevent geopolitical premiums building in oil prices in the aftermath of the Paris terrorist attacks," BMI Research said. On the supply side, ANZ bank said that US shale oil production, which many analysts said would fall sharply as a result of lower oil prices, would only dip. "We estimate crude oil production from US shale fields will fall just 2.5 percent (in Q4)," the bank said, adding that this was a result of falling shale production costs and healthy refined oil product sales. LOWER FOR LONGER Money managers cut their net long US crude futures and options positions to the lowest in three months during the week to Nov. 10, the US Commodity Futures Trading Commission (CFTC) said on Monday. The speculator group cut its combined futures and options position in New York and London by 27,456 contracts to 127,351 during the period. The cut in bets on higher prices has come in parallel to soaring amounts of contracts actively betting on a further fall in oil. US crude oil prices have now been lower than $50 per barrel for longer than they were during the height of the global credit crunch in late 2008/early 2009, when they were under that level for 74 straight days and another 14 intermittent days before and after. This year, US crude has been below $50 a barrel for 84 days since July as well as another 44 days earlier in the year. -Reuters