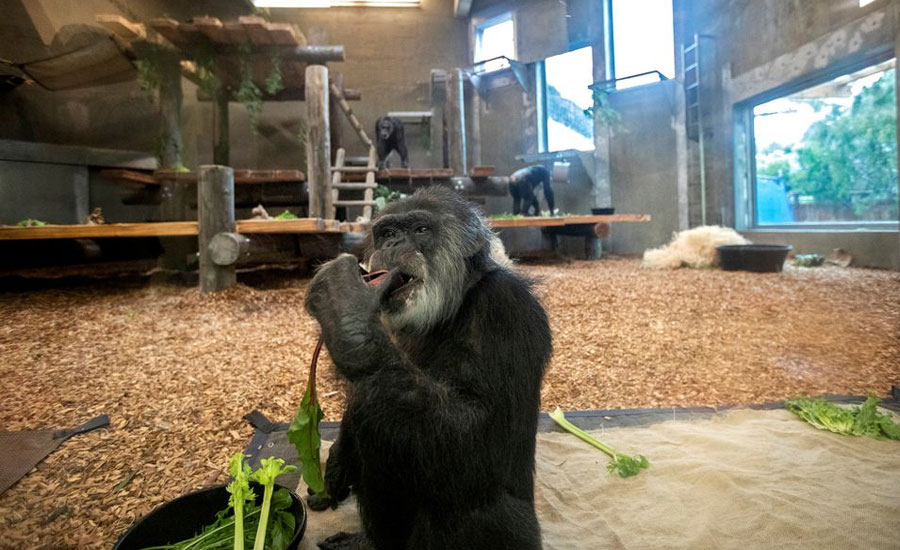 SAN FRANCISCO (Reuters) - Cobby, America’s oldest male chimpanzee who was beloved as a peacekeeper among primates and an animal envoy to humans who visited and worked at the San Francisco Zoo, has died at age 63.

Zookeepers would miss most "how he expressed his 'goodnight' to them with a soft pant-hoot," the zoo said.

Nicknamed "Papa" as the respected elder of the primate troop, Cobby was remembered as a charismatic and compassionate mentor for the zoo's newly acquired chimps, and was credited with the smooth introduction of other males to the group.

"Cobby had never lived with males until recently and he was able to be a role model for appropriate male-to-male relationships while maintaining strong bonds with his long-time female companions," the zoo said in a statement.
Before his placement at the zoo with three females in the mid-1960s, Cobby was a performing chimpanzee who was human-reared. As a result, he formed similarly strong relationships with his zoo caregivers.

His regard for humans extended to zoo visitors, who were delighted to watch him in the Great Ape Passage, an exhibit that includes climbing structures designed to allow humans and chimps to see one another up close.

"We will all miss seeing his handsome grey beard watching over us from the top platform of the yard," the zoo said.

Cobby, who left no living offspring, beat the odds by living to age 63 before he passed away on Saturday. The average life expectancy for chimpanzees is 33 years in the wild and 50-60 years under human care, animal experts said.

Chimpanzees are an endangered species and are among the most at-risk primates in Africa, with a wild population of 100,000 to 200,000 individuals due to threats such as hunting, habitat loss and disease, the zoo said.