On World Toilet Day, one billion people have nowhere to go 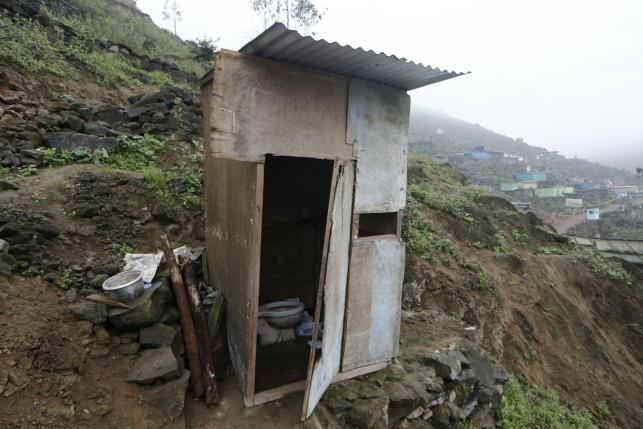 On World Toilet Day, one billion people have nowhere to go

LONDON - Some 2.4 billion people around the world don't have access to decent sanitation and more than a billion are forced to defecate in the open, risking disease and other dangers, according to the United Nations. Launching its World Toilet Day campaign for Nov 19, the UN said poor sanitation increases the risk of illness and malnutrition, especially for children, and called for women and girls in particular to be offered safe, clean facilities. "One out of three women around the world lack access to safe toilets," UN Secretary General Ban Ki-moon said in a statement. "As a result they face disease, shame and potential violence when they seek a place to defecate." Even where there are toilets around the world, some hardly warrant the name, as illustrated by Reuters in a photo essay from around the world. In a Syrian refugee settlement camp in Lebanon's Bekaa Valley, for example, toilets surrounded by graffiti-covered corrugated sheet sit right up against flimsy tents. In the Marcory district of Abidjan, Ivory Coast, a "private" stall is simply built of spare bits of lumber and metal. The U.N. says that while there is sufficient fresh water on the planet for everyone, "bad economics and poor infrastructure" mean that every year millions of people - most of them children - die from diseases linked to poor sanitation, unhygienic living conditions and lack of clean water supplies. "We have a moral imperative to end open defecation and a duty to ensure women and girls are not at risk of assault and rape simply because they lack a sanitation facility," Ban said. -Reuters