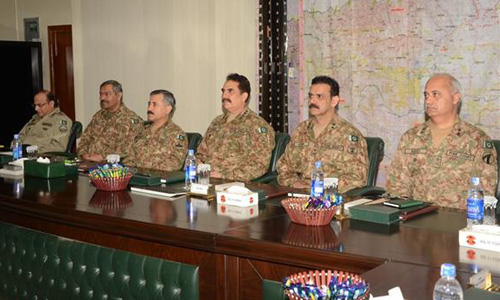 PESHAWAR (92 News) – Chief of Army Staff (COAS) Raheel Sharif has said that the operation is the only solution to eliminate terrorism from the country. During his visit to Peshawar Corps Headquarters on Saturday, he said that the border management situation will improve after the operation against terrorists. He said that the return of Temporarily Displaced Persons (TDPs) will start in the mid of March. “Coordination among all the agencies is vital for the dignified return of the IDPs,” he said. Later, COAS Raheel Sharif was briefed about the Zarb-e-Azb operation and security situation in Khyber Pakhtunkhwa.