ISLAMABAD (92 News) – The opposition parties have agreed to form a special committee to evolve a joint strategy about important national issues in and outside the parliament.

During the meeting, the opposition parties discussed the matters related to extension of the military courts, hard stance against the incumbent government and formulating the future strategy. The opposition parties also decided to jointly endeavor towards protection of democratic, economic and human rights of the people.

Talking to the journalists after the consultations meeting, Shahbaz Sharif and Bilawal Bhutto Zardari said the committee will formulate proposals for adopting a joint line of course to help resolve the national issues. 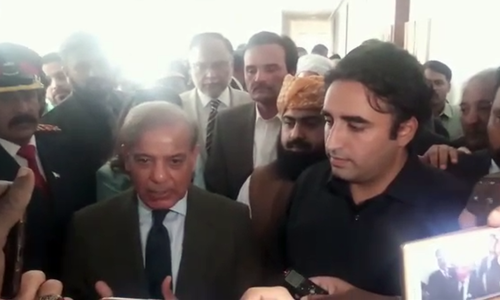 In the meeting today, the opposition leaders decided to form a committee to have their concerns represented and also to challenge the government’s stance.

During the media talk, a journalist asked former president Zardari if the opposition leaders have united over issues, to which he responded that they have.

Bilawal Bhutto also seconded Zardari’s statements and the opposition leaders have agreed to form a joint committee. He also said Charter of Democracy will be revisited keeping in view the ground realities and political situation. 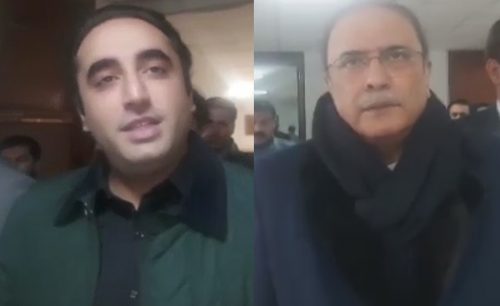 Govt not in position to give NRO

Earlier as Zardari arrived at the Parliament House, he was asked to comment on Prime Minister Imran Khan’s statement that the NA walkout by the opposition was a pressure tactic to seek a National Reconciliation Ordinance (NRO)”.

The PPP president in response said, “Opposition has been staging a walk out since day one, why will we seek a NRO?” “The government is not in a position to give anything and we don’t need a NRO,” he added.