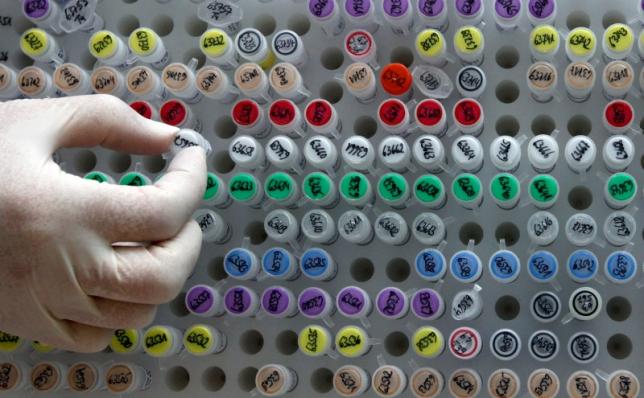 CHICAGO - A group of US scientists and activists called for a global ban on the use of new tools to edit the genes of human embryos, in a report issued a day before a major international meeting in Washington to discuss the ethical and policy issues surrounding the technology.

A technological innovation that can strategically edit out specific stretches of DNA could ultimately lead to the genetic modification of children, and should be halted before it starts being used, scientists at the Center for Genetics and Society and the activist group Friends of the Earth argued in their report.

"Once the process begins, there will be no going back. This is a line we must not cross,” said Pete Shanks, a consulting researcher with the Center for Genetics and Society and author of the report.

Advocates say the technology, CRISPR/Cas9, can speed the day that scientists can prevent heritable diseases. Opponents worry about unknown effects on future generations and the temptation for future parents to pay for genetic enhancements such as greater intelligence or athletic ability.

CRISPR/Cas9 allows scientists to manipulate genes like the "find and replace" function in word processing changes text. Scientists introduce enzymes that bind to a mutated gene, such as one associated with disease, and then replace or repair it.

The technique, if used to alter the DNA of human sperm, eggs, or embryos, holds the promise of eliminating a host of inherited diseases. But many scientists worry that this could produce unknown effects on future generations, since the changes are passed on to offspring.

Scientists note that the gene-editing techniques can also be used to alter the DNA of non-reproductive cells to repair diseased genes. The objections come to so-called "germline editing" in which reproductive cells are modified.

In May, the White House endorsed a ban on germline editing pending further study of the ethical issues.

The latest report was released on the eve of a summit convened by the US National Academy of Sciences and its counterparts from China and the United Kingdom, following a series of events this year that have brought new urgency to the debate.

In March, a group of scientists led by one key developer of the CRISPR technique called for a voluntary research ban on the use of the technology for germline editing, reflecting fears about safety and eugenics. Shortly after that, a team of Chinese scientists reported carrying out the first experiment to alter the DNA of human embryos.

That news ignited an outcry from some scientists, though others defended the Chinese research as careful and safe since it used only non-viable human embryos.

Friends of the Earth, an environmental group, has also been a leading opponent of genetically modified foods, including a recently approved salmon that grows faster than its wild cousins. The Center for Genetics and Society, founded in 2001, advocates for close oversight of human biotechnology. -Reuters