Opposition stages protest outside NA on non-issuance of production orders


ISLAMABAD (92 News) – The opposition leaders on Thursday staged protest outside the Parliament House in Islamabad on the non-issuance of production orders for detained politicians.

A group of over 50 opposition leaders have set up a camp outside the Parliament House and said that new phase of media trial has started against them. The opposition members said that they are not afraid of jails. 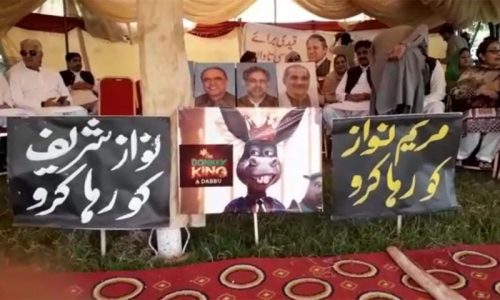 Posters calling for the release of former premier Nawaz Sharif and his daughter PML-N leader Maryam Nawaz were also held up. 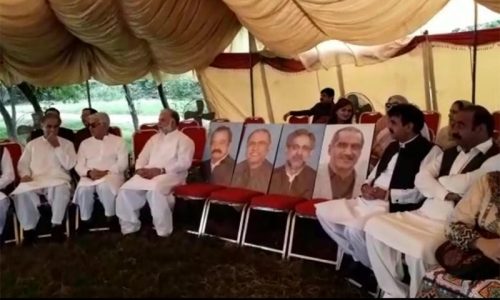 During the protest, PPP leader Marri opposed playing PML-N party anthems. Aurangzeb asked her to provide PPP songs as well, which she did. 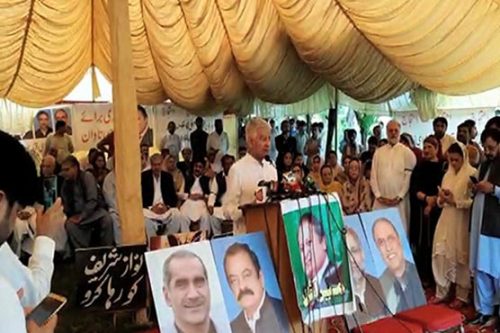 While speaking to the media, PML-N leader Khawaja  Asif said that the opposition leaders were protesting because of the approach of the National Assembly Speaker Asad Qaiser and the non-issuance of production orders for various leaders.

He said that the rights of assembly members were being denied. “Our protest is symbolic,” Asif said, adding that yesterday while a National Assembly session was underway, PPP stalwart Khursheed Shah was arrested and Qaiser was unaware of this.

During the protest, PPP leader Qamar said that arresting opposition leaders such as Shah, Nawaz and Zardari would make no difference. He added that it was the responsibility of the custodian of the House to protect the rights of MNAs and the speaker didn’t care about this.

PML-N spokesperson Aurangzeb had announced that the protest was being staged to express solidarity with arrested opposition politicians, as well to oppose the “selected” prime minister’s dictatorial thinking and media restrictions.

The members who are protesting include senior members from the Pakistan Muslim League-N (PML-N) and the PPP. The protesters also donned black arm bands to highlight their cause.

National Assembly Deputy Speaker Qasim Suri had earlier informed the Lower House that NAB had taken the Speaker into confidence about the arrest of Shah today.

Minister for Communication Murad Saaed mocked the black arm bands worn by the members of the opposition.  He also said that the opposition was only trying to point-score with their protest, while ignoring real issues like the one of Indian-occupied Kashmir.