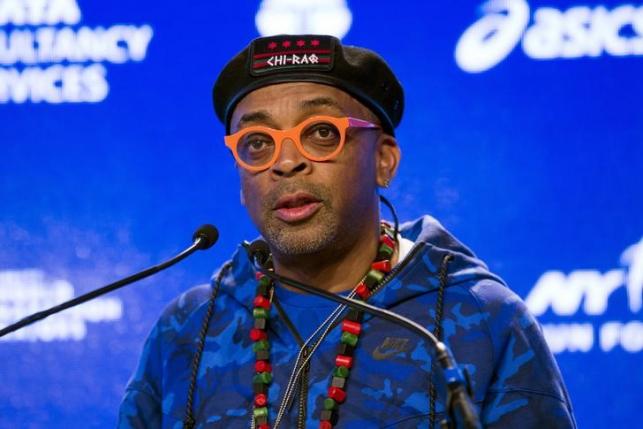 LOS ANGELES - Oscar voters gave honorary awards to three movie veterans, including director Spike Lee, at a gala event that shone a spotlight on Hollywood's drive for diversity amid its glitzy awards season. Along with Lee, whose films include “Malcolm X” and “Do the Right Thing,” the Academy of Motion Picture Arts and Sciences gave its Governors Awards for film achievement to “Singing In the Rain” actress Debbie Reynolds and Gena Rowlands, a champion of independent film and star of “The Notebook.” The Governors Awards annually is one of the academy’s key events ahead of the Oscars, the film industry’s top awards given out in February. Hollywood A-listers including Meryl Streep and Denzel Washington turned out. Security was tight at the dinner inside the Ray Dolby Ballroom in Hollywood following Friday’s killings in Paris. Academy president Cheryl Boone Isaacs took a moment at the beginning of the ceremony to mourn those killed. “All of us here stand in solidarity and support with France and the French people,” she said, noting that country’s long history of film making and its love of cinema. Boone Isaacs also talked of Hollywood’s need for more ethnic and gender equality in the industry, a call that struck home with Lee whose career is marked by movies dealing with race relations in the United States. Lee, who has been twice nominated for Oscars, talked about his early career as a director and his desire to put more African Americans in acting roles and in jobs behind the camera. He said Hollywood still has a long way to go. We “need to have a serious discussion about diversity and get some flavor up in here,” he said. Rowlands, who like Lee received an “honorary Oscar,” is no stranger to long days on movie sets. In a career that has spanned seven decades and included films such as “A Woman Under the Influence,” Rowlands has worked with many of the industry’s greats including her husband, filmmaker John Cassavetes. Reynolds, who was given the Jean Hersholt Humanitarian award for her charitable work, was unable to attend due to recent surgery. The Oscars will be given out in Hollywood on Feb 28, 2016. -Reuters