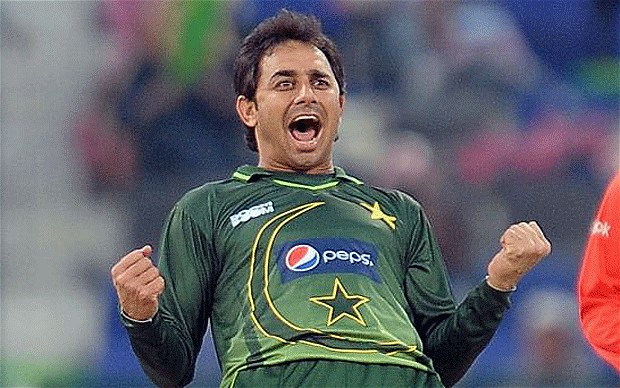 DUBAI (92 News) - The International Cricket Council (ICC) on Monday issued the new one-day international (ODI) rankings, with out of form Saeed Ajmal still dominating the bowlers ranking. Though Saeed Ajmal has not played cricket for a while, but still dominates the top spot in new ICC ODI bowlers ranking. Sunil Narine is at the second spot. Interestingly, both bowlers were reported for suspect bowling action but Ajmal had to face a little ban from international cricket. Narine left the ground to correct his action. On the other hand, South African skipper AB De Villiers is still dominating the ODI batsmen ranking, while Sangakkara climbed to the second spot following back to back centuries in the World Cup. No Pakistani batsman is in the top 10 of the ICC ranking. However, skipper Misbahul Haq managed to grab the 13th spot in the batsmen ranking. Sri Lanka’s Tillakaratne Dilshan has become the number-one ranked all-rounder in the world following his 229 runs with the bat and three wickets with the ball to date.