Pakistan attaches importance to trade ties with US: Imran Khan


ISLAMABAD (92 News) – US acting ambassador John Hoover with a diplomatic delegation called on Prime Minister in waiting Imran Khan at Banigala in Islamabad today (on Wednesday).

During the meeting, matters pertaining to bilateral relations and mutual interest were discussed.

Speaking on the occasion, PTI Chairman said Pakistan desires durable peace in Afghanistan. He said he has always supported a political solution to Afghan issue and it is good that today voices of dialogue are being raised from the US itself.

He said peace in Afghanistan is in the interest of Pakistan, US and the entire region. Imran Khan said ups and downs in Pak-US relations are due to deficit of mutual trust. He said Pakistan attaches much importance to trade and economic relations with US. 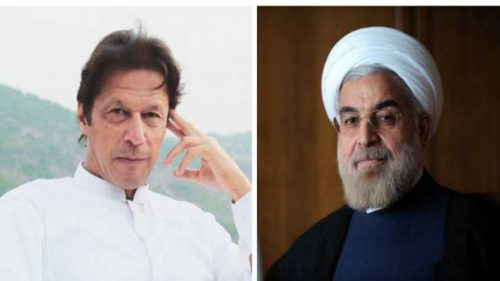 The two leaders discussed Pak-Iran relations and matters of mutual interest. The Iranian president said that Pakistan and Iran are not only neighbours but are also tied in deep bonds of religion and culture.

Hassan Rouhani also expressed his wish to further cement and increase ties between the two countries. The Iranian president invited the PTI chairman to visit Iran which he accepted. Foreign ministries of both countries will finalize the visit soon after completion of the process of transfer of power.