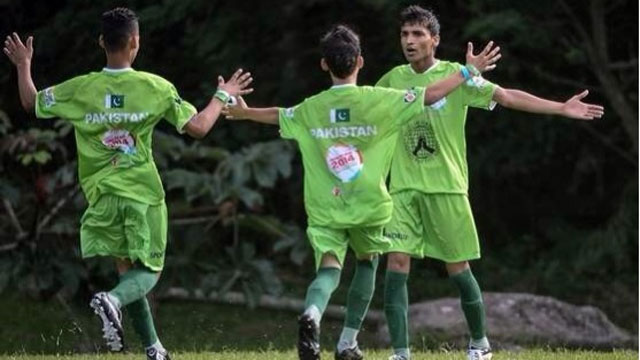 OSLO (92 News) – Pakistan continues to shine at the Street Child Football World Cup underway in Norway. The young boys defeated HODD 2-0 securing a place in the semi finals. Pakistan continues to succeed in the Street Child Football World Cup in Norway with fourth consecutive win in the world cup. In earlier matches, Pakistan defeated local football club teams. Pakistan is participating in the event for the second time.