Pakistan debt crisis intensifies because economy mismanaged in past: PM

ISLAMABAD (92 News) - Prime Minister (PM) Imran Khan has said on Thursday that Pakistan debt crisis intensified because the economy was mismanaged in the past.

ISLAMABAD (92 News) - Prime Minister (PM) Imran Khan has said on Thursday that Pakistan debt crisis intensified because the economy was mismanaged in the past. 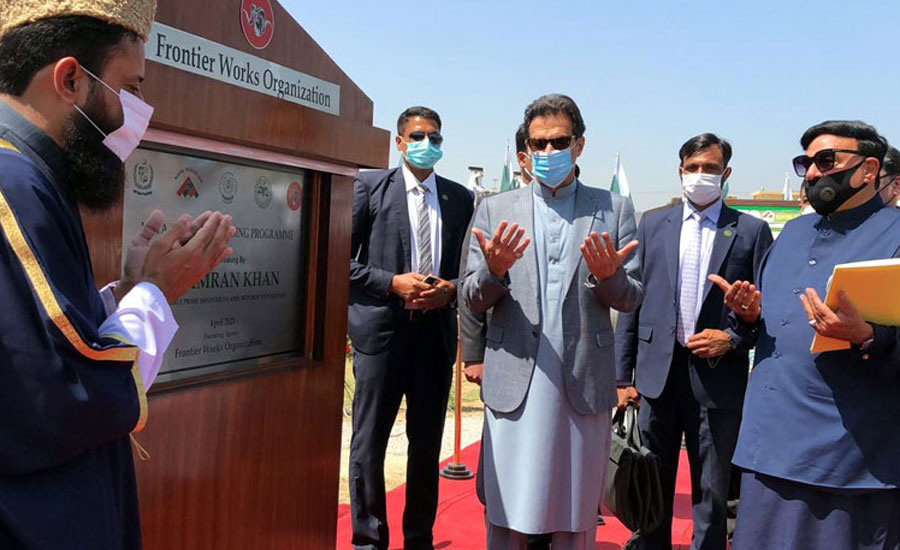 Addressing to the ceremony, PM Khan regretted that the economy was mismanaged in the past. He said such loans were taken in the past which instead of wealth creation further increased the burden of loans, adding that the installment of debts are increasing.

He also said the project envisaging construction of two thousand flats is aimed at providing shelter to the underprivileged segments of the society including workers and labourers.

He said he will soon perform groundbreaking of peri-urban housing society for the farmers. He mentioned that a plan has also been prepared to convert the slums and equip them with the modern facilities including that of sanitation and sewerage. He said the slum dwellers will be given houses on proprietary rights.

He said the mortgage facility has been introduced to provide loans to the people on easy installments so that they could construct the houses. He said negotiations are continuing with the banks to remove any impediments.

Imran Khan said the government is focusing on wealth creation projects to retire the country's debt. He said these include Ravi City and Central Business District in Lahore whilst negotiations are being held with the Sindh government to develop the Bundal Island. He was confident that these projects will attract massive investments.

He said the projects to be executed under Naya Pakistan Housing Program will also uplift the thirty industries allied with the construction sector.

Imran Khan expressed satisfaction over increased activity in the construction industry. He pointed out that the cement sale remained at record level last year while growth has also been witnessed in the tax collection which indicates the business activity has increased in the country.

Imran Khan said it is the first time that the country's textile industry is witnessing a record boom.  He said the small and medium enterprises will also be uplifted to increase their share in the economy.

Imran Khan said we have envisaged upgradation of railway line from Karachi to Peshawar. He said negotiations are also continuing to take the train service to the Central Asian States to promote regional trade.

FAISALABAD (92 News) – Special Assistant to the Chief Minister on Information Firdous Ashiq Awan has congratulated the returning officer on securing the victory for the Pakistan Muslim League-Nawaz (PML-N).

LAHORE (92 News) – After failure of the smart lock in controlling the spread of coronavirus, the Health Department and the district administration have recommended a complete lockdown in the city.

No one can sabotage PTI's project of Southern Punjab Secretariat: CM Usman Buzdar

LAHORE (92 News) – Punjab Chief Minister Sardar Usman Buzdar has said that the Southern Punjab Secretariat is the project of the Pakistan Tehreek-e-Insaf (PTI) and no one can sabotage it.

MUZAFFARABAD (92 News) – Six people were killed when a vehicle turned turtle in Nikyal, Kotli on Sunday.

No mosque, seminary will be closed in Pakistan: Allama Tahir Ashrafi

LAHORE (92 News) – Special Representative to the Prime Minister on Religious Harmony Allama Tahir Ahsrafi has said that no mosque and seminary will be closed in Pakistan.

ECB must accept no further delay in lifting inflation: Panetta

FRANKFURT (Reuters) - The European Central Bank should accept no further delay in lifting inflation back to its target as the current outlook is unsatisfactory and persistent misses risk damaging the economy, ECB board member Fabio Panetta told Spanish newspaper El Pais.