Pakistan look for redemption against a fired up England today

England made good on their tags as favourites at this ICC Men’s Cricket World Cup with a crushing win against South Africa. In contrast, Pakistan lost their 11th straight one-day international when they were blasted apart by West Indies in their opening match.

England will be feeling very confident against Pakistan in this match having soundly beaten them 4-0 in the ODI series before this tournament got underway. With Ben Stokes getting runs, wickets and spectacular catches, and Eoin Morgan, Jason Roy and Joe Root also making fifties they will be thinking they can repeat the results of the very recent past.

For Pakistan, there are some serious question marks. Against the West Indies they were battered and bruised by the short ball, with Andre Russell and Oshane Thomas both having them hopping around. With England likely to play Liam Plunkett, Jofra Archer and potentially Mark Wood, there will be a good chance that a number of short balls at very decent pace will be heading their way.

In the past, it has been the Pakistan’s bowling attack that has made up for batting shortfalls but in that ODI series against England last month, they ended up conceding more than 340 four times in a row. Against the West Indies, an albeit, small total was chased down inside 14 overs. More is needed from their attack if they are to turn things around. 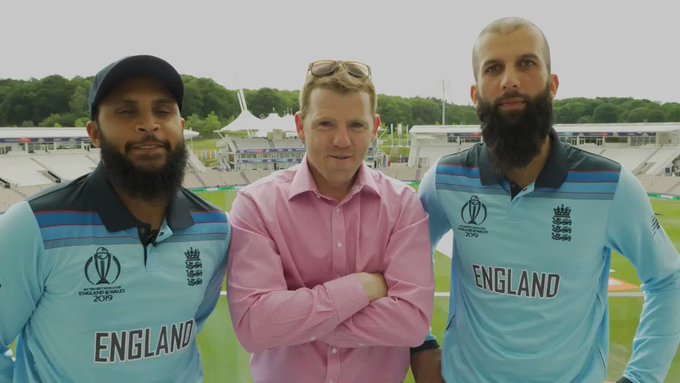 Adil Rashid (England): No bowler has taken more wickets in ODIs since the last World Cup than Adil Rashid. He has seven four-wicket hauls and two five-fors. Wickets in the middle overs are so important in modern ODI cricket, and Rashid provides just that. If he ends up towards the top of the wicket-taking charts at the end of this tournament, England will have gone a long way to winning it.

Are they the most perfect pair we’ve met so far?

Shadab Khan (Pakistan): Pakistan have a leg-spinner of their own and his job will be to take wickets once the second PowerPlay gets underway. Shadab is not a big turner of the ball, but he is wily and can take wickets. He has an excellent ODI bowling average of 27.74 and an economy rate of under five an over.

The forecast is for a cloudy but dry day in Nottingham so there may be some swing early on. The pitch at Trent Bridge is said to be amongst the most run-laden in the world cricket right now, there could be a high score here if one of these teams fires with the bat.