The port call was aimed at enhancing brotherly ties between the two countries. PN ship’s visit to Tunisic after a gap of 13 years would certainly serve a great deal in paving the way forward to re-invigorate the relations between Pakistan Navy and Tunisian Navy.

Upon arrival at Port, PNS ASLAT was warmly welcomed and received by Manager of Port La Goulette along with Defence Attaché of Pakistan and 2nd Secretary Embassy of Pakistan at Tunis. 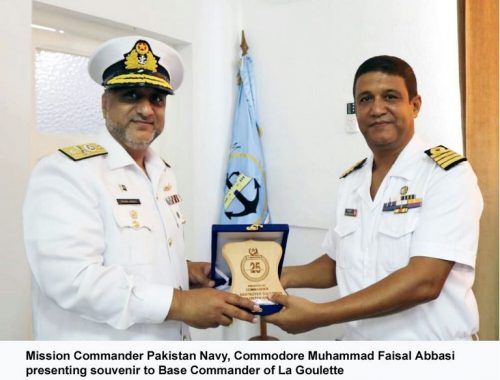 PNS ASLAT also hosted a reception onboard which was attended by a large number of notables, including diplomatic and military representatives in Tunis. Tunisian Ambassador to Pakistan along with Ambassadors/ Charged Affaires of Bahrain, Belgium, Bulgaria, Canada, China, France, Jordan, Kuwait, Lebanon, Morocco, Netherlands, Qatar, South Africa, Turkey and the USA attended the event. 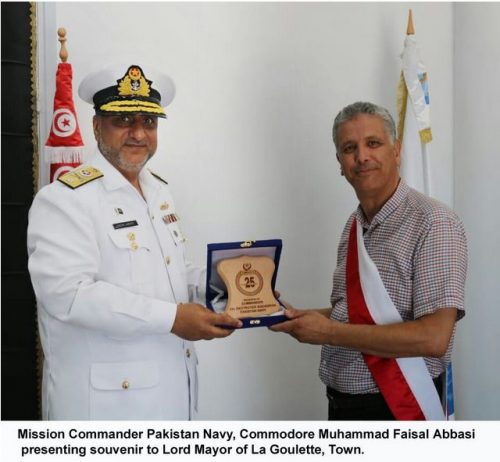 During interaction, the Tunisian dignitaries were of the view that though relations between Pakistan and Tunisia are very cordial. However, there is a need to transform this cordiality into stronger military and economic ties for the betterment of people in both the countries. The visit of PNS ASLAT to Tunisia will go a long way in strengthening diplomatic relations, military ties and enhance defence cooperation between the two brotherly Muslim countries.