Pakistan search for strong start in WC tie against Windies

LONDON – Pakistan have lost their last 10 completed one-day internationals, but can they set that right in their tournament opener against an equally unpredictable, but game, West Indies?

The two most unpredictable sides in the competition come face to face at Nottingham’s Trent Bridge. West Indies and Pakistan can be indifferent or spectacular. But on their day, there is no doubt that they can challenge, and beat, the world’s top sides.

Pakistan haven’t had the most ideal preparation for the tournament. They lost to Afghanistan in their first warm-up game, and their second, against Bangladesh, was washed out without a ball bowled. More worryingly, they have lost their last ten completed ODIs.

Nevertheless, Pakistan at ICC tournaments have traditionally been a notch above what they are at other times. Every other team in the world found that out the hard way at the ICC Champions Trophy in 2017, and there is little reason to doubt that with a young squad bursting with talent, they can do it all over again.

Standing opposite them are West Indies, who held the world’s No.1 ODI side to a stalemate at home earlier this year. They have a batting line-up that is exploding with firepower. It gave them 421 runs in their last warm-up game, against New Zealand.

But if you thought their batting is all about the big hits, then you’re wrong: Shai Hope, who is in the form of his life, is perfectly capable of staying at the crease and building the innings. In his last five ODI innings, Hope has reeled off scores of 170, 109, 30, 87 and 74. He also made a century in the warm-ups to boot.

Their bowling is slightly less-heralded, but with a solid pool of all-rounders to tap into, they have several options on that front. And besides, if the batsmen show up in the mood that they did against New Zealand, they’re going to have plenty to play with. 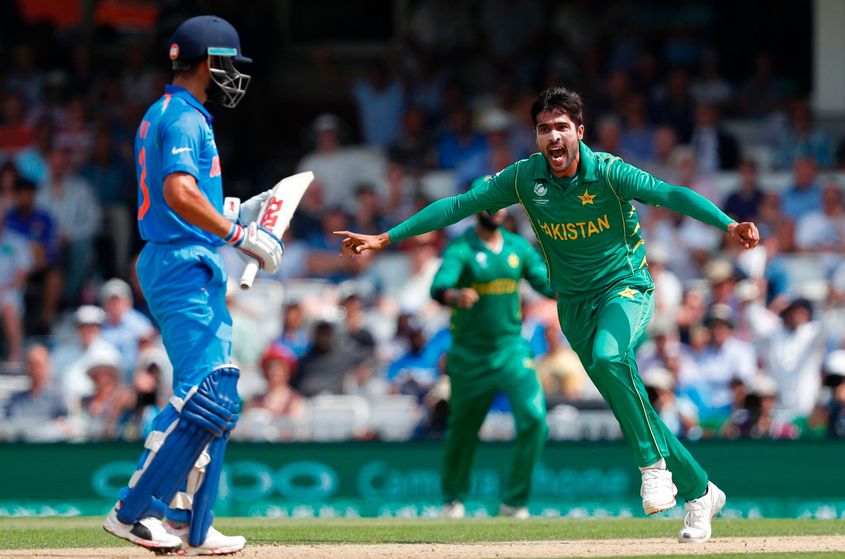 Can Mohammad Amir recreate his performance in the Champions Trophy final?

Mohammad Amir (Pakistan): The paceman has been brought with a purpose, and that is to add value with his experience. Amir brings past success in England and has all the skill-sets to succeed in these conditions, especially if swing is on offer, he is at his most devastating.

Andre Russell (West Indies): Not only does Andre Russell severely bruise bowling attacks, he also does it from pretty low down the order, meaning teams can expect very little respite if they do manage to cut through the rest of the top and middle order.

Nottingham is expected to be cloudy for the most part, with some sunny intervals in between. Rain is expected to stay away, but the overcast conditions could make Gayle against Amir and Wahab Riaz an intriguing contest.