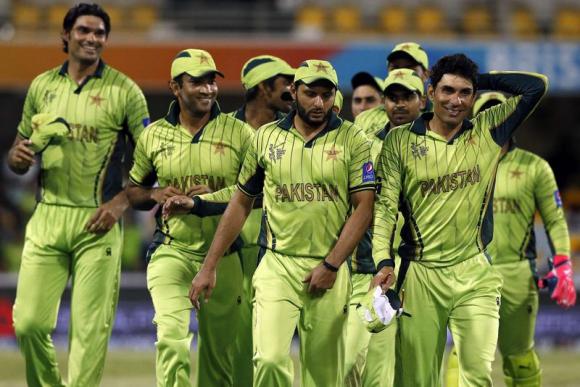 NAPIER (Reuters) - Pakistan's unconvincing victory against Zimbabwe on Sunday might have revived their stuttering World Cup campaign but skipper Misbahul Haq warned his team any more slip-ups could lead to an ignominious exit. Thumped by India and West Indies, Pakistan laboured to a 20-run victory against Zimbabwe at Brisbane in the first of their three matches in a week and Misbah admitted the crammed schedule posed a new challenge to the team. "(It's) going to be really tough for us. That's how it is," Misbah said on the eve of the Pool B match against United Arab Emirates at Napier on Wednesday. "We're just having a lot of days off before that, seven, eight, nine days in between the games...and we have to travel in every game." From Napier, Pakistan will head north to Auckland for Saturday's match against South Africa. "That could be really challenging for us, but we have a job in our hand so we have to do it." Fans have urged the team to draw inspiration from Pakistan's 1992 campaign when Imran Khan's team overcame a poor start to eventually win their first and only 50-over World Cup. "Obviously (we'll) take some motivation from that situation, but what is important for us now -- we just have to play well, and that's the simple scenario for us," Misbah said. "I mean, we have to do it. We have to if we want to go into the next round. "We have to really perform even tomorrow and then against South Africa and then against Ireland. These are very important games for us. If we are unable to perform in one game, we could be out of this tournament."