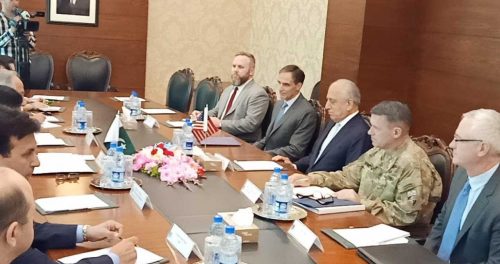 During the meeting, issues of mutual interest including bilateral ties, regional peace situation, and Afghan peace process came under discussion.

Additional Secretary Aftab Khokhar said Pakistan will continue playing its mediatory role in establishment of peace in the region, including Afghan peace process, as part of the vision of Prime Minister Imran Khan.

Pakistan advised all the sides to move towards political resolution of the issue in order to end the decades’ long conflict in the region. Ambassador Khalilzad appreciated Pakistan’s pivotal role for establishment of enduring peace in the region.

The US delegation comprises representatives of Defense and State departments while senior officials from ministries of defense and foreign affairs are attending from the Pakistan side.

Khalilzad arrives in Pakistan to advance peace process in Afghanistan

Earlier today, US Special Representative for Afghanistan Reconciliation Zalmay Khalilzad has arrived in Pakistan to hold meetings with Pakistan leadership as part of effort to facilitate a peace process that ends the conflict in Afghanistan.

He is on a two-week journey to Afghanistan, Belgium, Germany, Pakistan, Qatar, and the United Arab Emirates to build international support for the Afghan peace process and endeavor to ensure that any peace settlement reached will be sustainable.

In Doha, Khalilzad will continue talks with the Taliban to move the peace process forward. 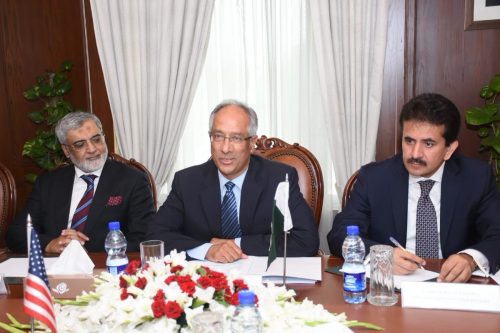 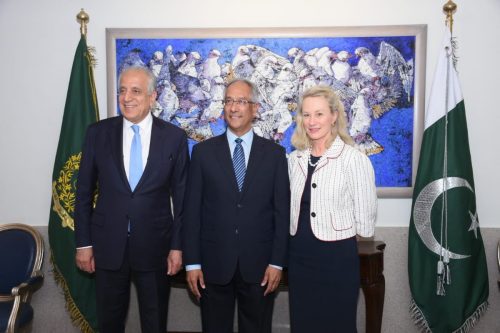 Earlier on Sunday, US Special Envoy for Peace in Afghanistan Zalmay Khalilzad said any peace agreement with the Afghan Taliban would depend on the declaration of a permanent ceasefire and a commitment to end the country’s long war.

In an interview with Afghanistan’s largest private television station, Tolo News, Khalilzad said the Taliban’s demands were focused on the withdrawal of US forces from the country.

“Our focus is on terrorism. No agreement will be done if we don’t see a permanent ceasefire and a commitment to end the war,” said Khalilzad. “We are seeking peace and (a) political settlement … We want peace to give us the possibility to withdraw.”

The Afghan-born US diplomat arrived in Kabul on Saturday to meet President Ashraf Ghani, part of a multi-country tour ahead of his next meeting with the Taliban in Qatar.

The United States has about 14,000 troops in Afghanistan as part of a NATO-led mission, known as Resolute Support, that is training and assisting the Afghan government’s security forces in their battle against Taliban fighters and extremist groups such as Islamic State and Al-Qaeda.