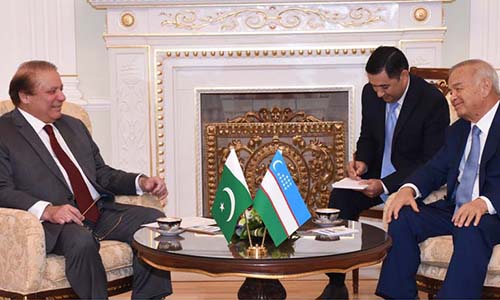 He was received at the airport by his Uzbek counterpart, foreign minister and governor of Tashkent. Prime Minister Nawaz Sharif is accompanied by a high-level delegation, including Special Assistant on Foreign Affairs Tariq Fatemi, Adviser on National Security Nasir Khan Janjua, the special assistant on Aviation and other senior officials.