Pakistan will defend its freedom at all costs: President Alvi

Pakistan will defend its freedom at all costs: President Alvi

ISLAMABAD (92 News) - President Arif Alvi has said that Pakistan will defend its freedom at all costs on Thursday.

Addressing the military parade at the Shakarparian in Islamabad, the president said that Pakistan is laced with capabilities to defend its territorial integrity and sovereignty, categorically stating that any misadventure will receive a befitting response. "We will defend our independence at all costs," he added.

The president said Pakistan desires peace, security and development in the whole region and has also taken practical steps towards that end. He said peaceful coexistence is the cornerstone of Pakistan's foreign policy. He said the situation warrants that the leadership of South Asia reject the politics of hate, prejudice and religious extremism to guide the region towards prosperity. 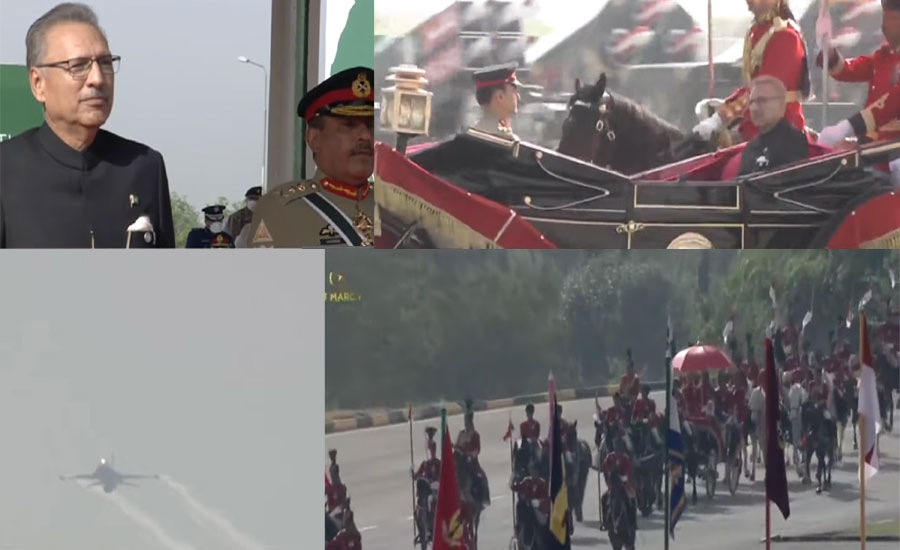 President Alvi said Pakistan wants to move forward with good intent and peace but our desire for peace should not be construed as our weakness.

Pakistan is a strong nuclear power

The President said Pakistan is a strong nuclear power. Apart from making progress in the socio-economic sectors, the country has achieved self-reliance in defence. He expressed satisfaction that Pakistan is also exporting its defence products.

Martyrs, Ghazis are our pride

Arif Alvi said our valiant and brave forces are symbol of our independence and sovereignty. He said the entire nation stood shoulder to shoulder with their armed forces in case of any foreign aggression as well as deal with other issues including terrorism and natural calamities. He said our martyrs and Ghazis are our pride.

The president said anti-terrorism operation Raddul Fassad destroyed the terrorist networks across the country. The world also appreciates Pakistan's successes in the war on terrorism. He also paid rich tributes to the leaders of Pakistan Movement.

Kashmir is the lifeblood of Pakistan

Voicing serious concerns over the human rights situation in Indian illegally occupied Jammu and Kashmir, Arif Alvi termed the Kashmir as the lifeblood of Pakistan, saying that resolution of Kashmir dispute is imperative for ensuring peace in the South Asia.

He said the entire Pakistani nation stands by their Kashmiri brothers and sisters in this hour of trial. He said Kashmir is a jugular vein of Pakistan and we will continue to raise their voice at all forums. The President also urged the international community to take notice of the grim situation in IIOJK.

Country's armed forces not lagging behind in latest technologies

The president stressed the need for harmonizing with the latest technologies including cyberspace and artificial intelligence to achieve the goal of development. He expressed satisfaction that the country's armed forces are not lagging behind to lace themselves with these technologies.

"The way we achieved independence, the goal of development can also be achieved by renewing the pledge of 'Aik Qaum Aik Manzil.' 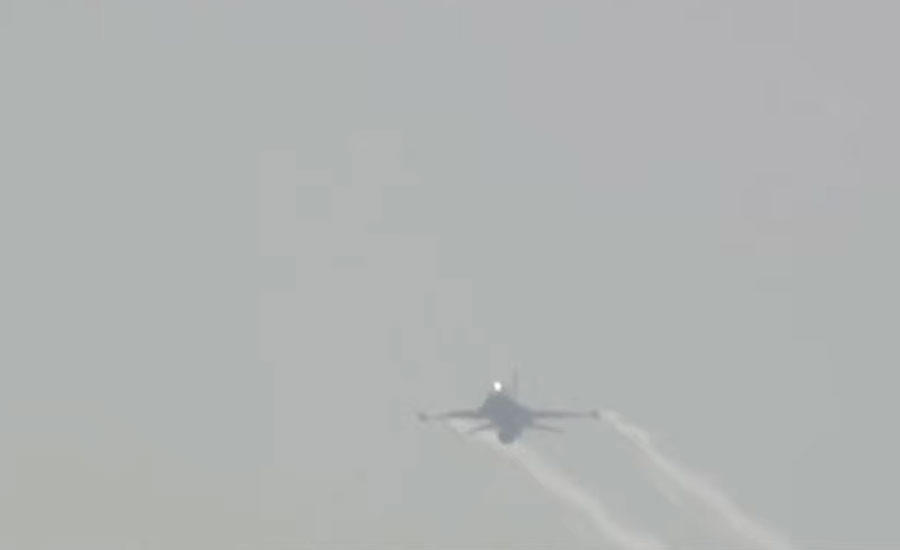 Turning to COVID-19 pandemic, the president said despite limited resources, the Pakistani nation has handled the situation with responsibility and discipline. He was confident that Pakistan will also overcome this challenge but stressed that we need to observe caution.

The president said Pak-China cooperation and collaboration is getting stronger with the passage of time. He also expressed gratitude to China over provision of anti-Corona vaccine to Pakistan.