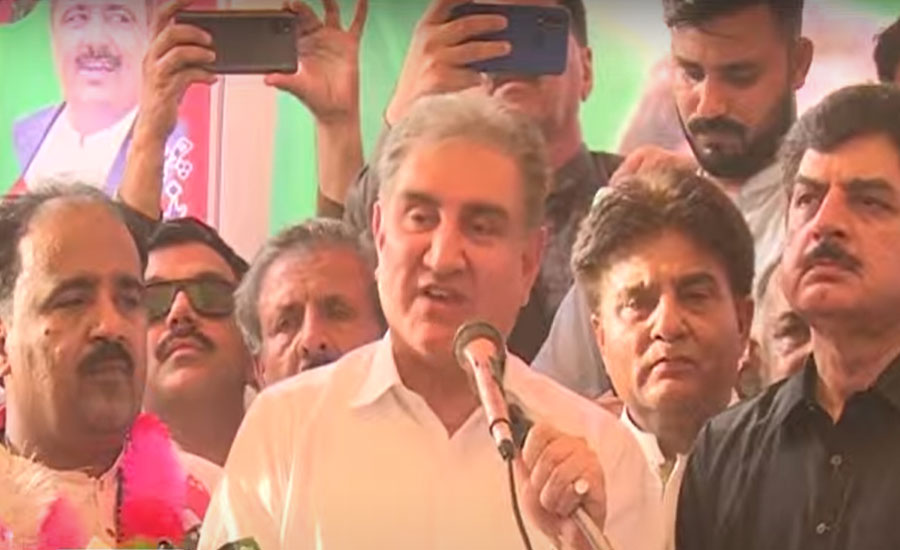 MULTAN (92 News) – Foreign Minister Shah Mahmood Qureshi has said that Pakistan wants peaceful relations with India for mutual survival, but will not ignore the Kashmir dispute at any cost.

Addressing the PTI workers on Saturday, he said that Pakistan was ready to hold talks with India if the latter restores Kashmir's special status.

The foreign minister said that Israel had committed naked aggression against unarmed Palestinians in Gaza and West Bank and unleashed bloodshed. "The entire nation is united on the issues of Palestine and Kashmir."

Shah Mahmood Qureshi said that Pakistan will continue its efforts for peace and stability in Afghanistan. "Pakistan's economy is in now on a positive trajectory due to prudent policies of the government," he added.