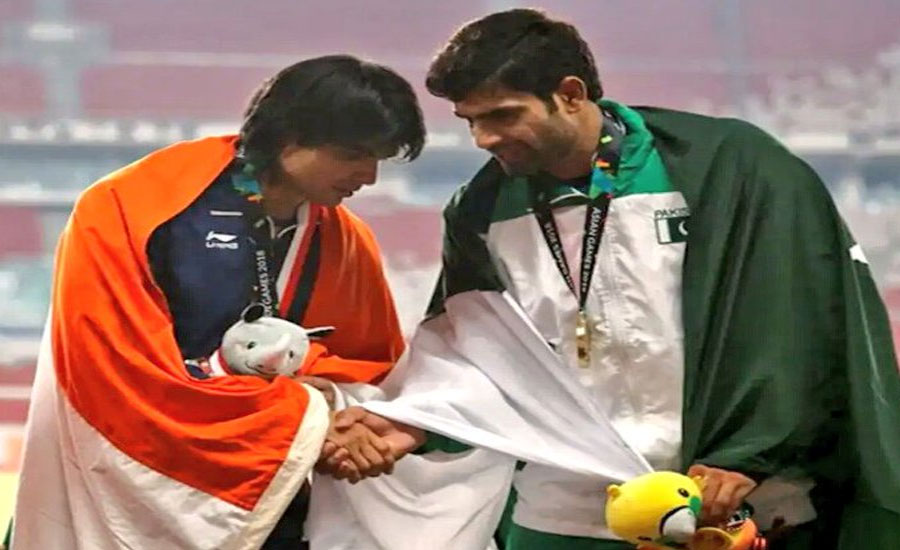 December 8, 2019
KATHMANDU (92 News) – Arshad Nadeem, a Pakistani javelin thrower, won a gold medal at the ongoing South Asian Games 2019 in Kathmandu, Nepal. Following the win, he has qualified for the 2020 Olympics in Tokyo, becoming the first Pakistani track and field athlete to qualify directly for the Games. Nadeem’s position at the Olympics was confirmed when he scored a throw of 86.48 metres, making a new event record distance. The qualification standard of the Olympics is set at 85 metres. The 22-year-old was congratulated by Federal Minister for Inter-Provincial Coordination Dr Fehmida Mirza on Twitter, who called him Pakistan’s pride.

“It is a great honour to qualify for the Olympics, for me and also for Pakistan,” said Nadeem in a video message. He was also congratulated by the Athletics Federation of India.

Second position was bagged by India’s Shivpal Singh who threw a distance of 84.43 metres.