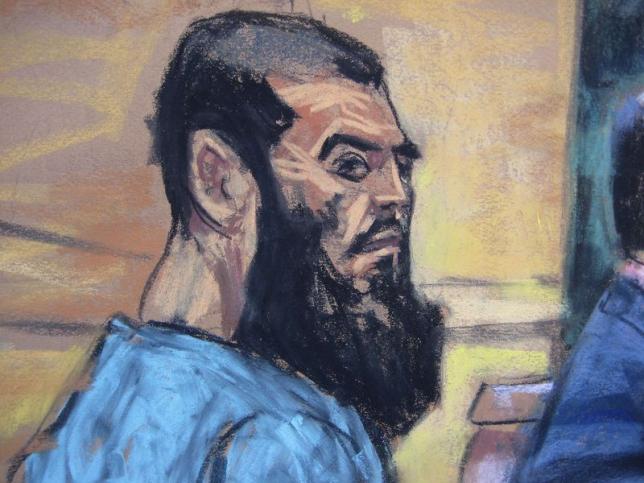 NEW YORK – Abid Naseer, a Pakistani national, was sentenced to 40 years in prison on Tuesday for plotting to bomb a shopping centre in England as part of an al Qaeda plan for attacks in Europe and the United States. Abid Naseer, 29, had faced up to life in prison following his conviction by a US jury in March on charges including that he provided material support to the Islamic militant group. "I know you're not what I'd say for any lack of a better word a 'typical' criminal. Not in any sense of the word," US District Judge Raymond Dearie in Brooklyn told Naseer when imposing the sentence. "You're a terrorist." James Neuman, Naseer's lawyer, said he plans to appeal. Naseer was convicted nearly six years after he was first arrested in a British anti-terrorism operation. British authorities never charged Naseer, but he was later indicted in the United States and extradited in 2013. Naseer, who was raised in Peshawar, Pakistan and said he was a semi-professional cricket player, led an al Qaeda cell that plotted to bomb a shopping centre in Manchester, England, in April 2009, prosecutors said. The proposed bombing in Britain was part of an overall plot involving Naseer and al Qaeda cells that included attacks against the New York City subway system and a Copenhagen newspaper, prosecutors said. Two men, Najibullah Zazi and Zarein Ahmedzay, have pleaded guilty to US charges stemming from the New York subway plot. A third, Adis Medunjanin, was sentenced in 2012 to life in prison. Zazi testified at Naseer's trial, providing testimony that supported prosecutors' claims that both men coordinated their plans through coded emails with an al Qaeda operative in Pakistan. At trial, prosecutors used never-before publicized documents seized from the 2011 raid in Pakistan that killed Osama bin Laden as part of their case against Naseer and testimony from British MI5 officers who conducted surveillance on him. The MI5 officers testified anonymously, wearing wigs and makeup to protect their identities. Naseer denied any affiliation with al Qaeda or any plot, telling jurors that "terrorism is not compatible with Islam." Prosecutors had sought a prison term of 30 years to life for Naseer, saying he remained committed to al Qaeda's cause and posed an extreme danger. –Reuters