According to the ISPR, the Ambassador thanked the COAS for Pakistan’s support to the Palestinian cause.

The COAS reassured the ambassador that Pakistan views the unresolved Palestine issue at par with the Kashmir issue.

“Both issues have unequivocal public, moral and political support of the Pakistani nation and we will continue to support the principled stance on both regardless of the so-called reality of occupation,” he maintained. 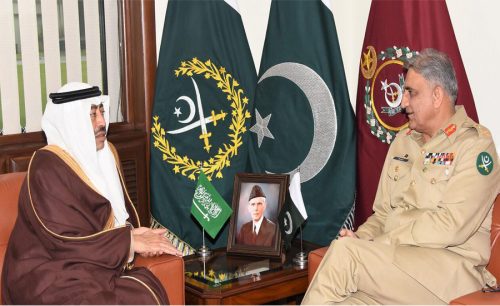 The minister appreciated professional standing and performance of the Pakistan Army.