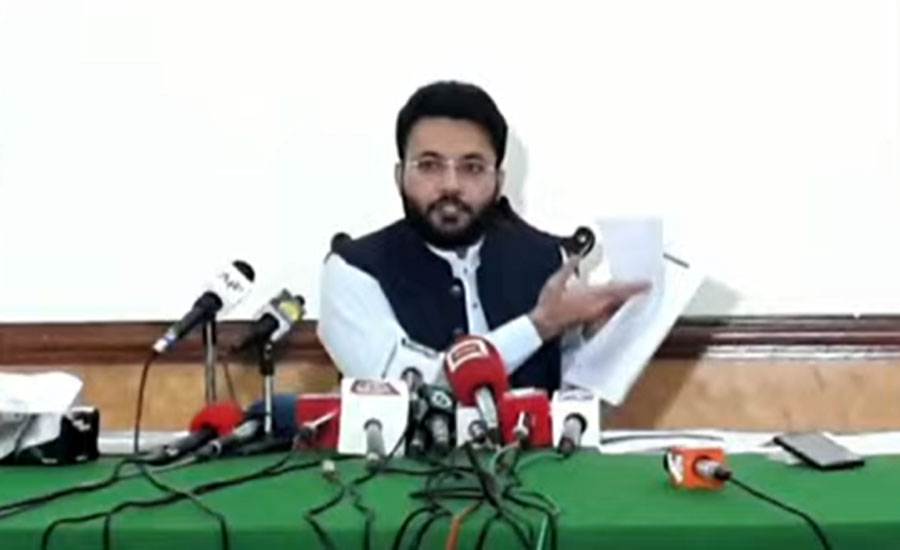 FAISALABAD (92 News) - Responding to the statement of PPP Chairman Bilawal Bhutto, State Minister for Information Farrukh Habib said that ‘Parchi chairman' does not know alphabet of the economy.

Speaking to the journalists, the state minister, while calling Bilawal ‘parchi chairman', said that they make statements to divert attention from their corruption and theft. He also mentioned that by reviewing the decisions of the previous government, the PTI government saved the nation's Rs770 billion.

"With Imran Khan's vision, the economy is moving forward in a positive way. PTI government is ensuring good governance in the country to bring positive change in the lives of common people," Farrukh Habib maintained.

The minister further said that the government has initiated several welfare projects for deprived segments of the society including health card, Ehsaas Program, shelter homes and PM housing scheme.

Criticizing the negative agenda of the opposition, he said that public gatherings, sit-ins and meetings staged by the opposition parties could not halt the progress made by Pakistan Tahreek-e-Insaf government.

He once again urged the opposition parties to play a constructive role in addressing the public issues and matter of national interest in the parliament instead of doing politics for political gains.