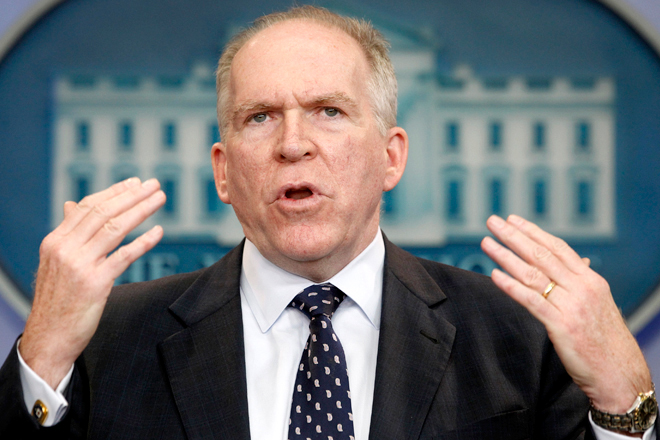 WASHINGTON (92 News) – Central Intelligence Agency (CIA) director John Brennan has on Tuesday warned that the attacks in Paris were likely not a "one-off event" and that he expects the Islamic State group has more operations in the pipeline. “I would anticipate that this is not the only operation ISIL has in the pipeline,” Brennan said. “It’s not going to content itself with violence inside of the Syrian and Iraqi borders.” Brennan’s remarks come on the heels of a new Islamic State video released Monday proclaiming all countries playing a role in air strikes against the group in Iraq and Syria would be a target. The video specifically pinpointed Washington as in its crosshairs. Intelligence services were aware that IS was planning attacks outside their strongholds in Iraq and Syria, particularly targeting Europe, Brennan said. The CIA chief said Friday night's attacks by gunmen in suicide vests in the heart of the French capital were carefully planned and executed. "This was not something done in a matter of days. This is something that was carefully and deliberately planned over the course of several months in terms of whether they had the operatives, the weapons, explosives, suicide belts. In his remarks, Brennan said the attacks should serve as a “wake-up call” for those misrepresenting what intelligence services do to protect innocent civilians. He cited “a number of unauthorized disclosures, and a lot of handwringing over the government’s role in the effort to try to uncover these terrorists.”