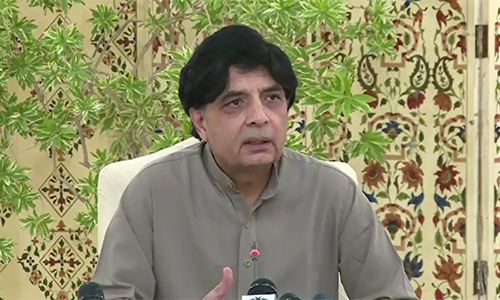 ISLAMABAD (92 News) – Interior Minister Chaudhry Nisar has on Sunday said that the troubles of Pakistanis living abroad will increase following the terrorist attacks in Paris. In a statement issued on Sunday, he said that overseas Pakistanis are the asset of the country and their protection from all hardships is everyone’s responsibility including the government. Nisar said that the Ministry of Interior and Ministry of Foreign Affairs should jointly formulate a policy under which all overseas Pakistanis would be helped in case any illegal action against them. He further said that human trafficking is the second largest cause of maligning of Pakistan abroad. Nisar directed the Federal Investigation Agency (FIA) to prepare a strategy against human smugglers in 48 hours and summoned a meeting on Tuesday in this regard.