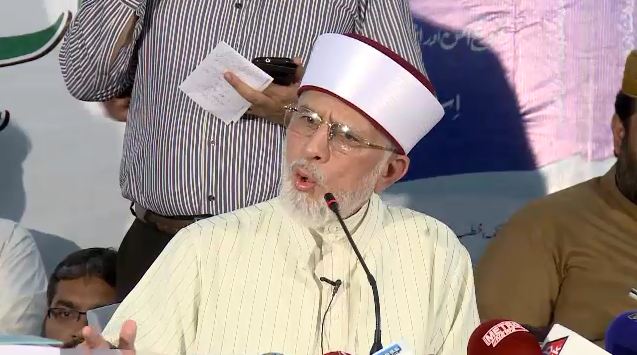 LAHORE (92 News) – Pakistan Awami Tehreek chief Dr Tahirul Qadri has on Thursday said that the Judicial Commission’s report has weakened the democracy and protected the people involved in rigging. Talking to media in Lahore on Thursday, Tahirul Qadri said that he asked Pakistan Tehreek-e-Insaf chief Imran Khan to not go for Judicial Investigation. He said that they did not hold sit-in on the instructions of intelligence agencies, adding if needed, that he can again go for long march. Praising the armed forces for their sacrifices in the war on terror, Qadri said that the government is not serious in eliminating menace of terrorism.