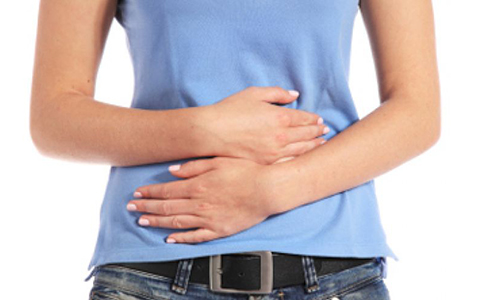 MONTREAL – Doctors know smoking can increase the risk for certain common inflammatory bowel diseases (IBD), but many patients haven’t gotten the message, a new study suggests. Out of 239 patients with two common types of IBD - Crohn’s disease and ulcerative colitis - only half were aware of the smoking risks associated with these conditions. “The take-home message for patients with IBD is that smoking can affect their disease,” lead study author Dr. Stephanie Ducharme-Benard of the University of Montreal Hospital Center said by email. Inflammatory bowel diseases involve chronic or recurring inflammation of the gastrointestinal tract. Ulcerative colitis and Crohn’s disease are the most common forms. People with Crohn’s have inflammation throughout the entire digestive tract, while in ulcerative colitis, only the large intestine is inflamed.
Previous research has linked smoking to an increased risk of Crohn’s disease and its complications but has also suggested that smokers are at lower risk for ulcerative colitis, Ducharme-Benard and colleagues note in the Journal of Clinical Gastroenterology.
For the current study, researchers questioned 182 people with Crohn’s and 77 people with ulcerative colitis about their diagnosis, symptoms, smoking history, and understanding of how tobacco use might relate to development of their disease or to complications or recurrences. Most patients in the study were white and female, and they were typically in their 40s. Compared to patients with ulcerative colitis, patients with Crohn’s used more corticosteroids and other medications to manage symptoms, and they had more hospital admissions, surgeries, and time missed from work as a result of their disease. But both groups were about equally likely to considered their disease to be well controlled. Overall, 20 percent of study participants were current smokers and 40 percent were former smokers. A greater proportion of people with Crohn’s were current smokers, while there were more former smokers among the patients with ulcerative colitis. Less than half of Crohn’s patients and just 10 percent of people with ulcerative colitis could correctly explain to researchers how smoking influenced their risk of getting their disease, and the proportions were similar for their understanding of complications tied to smoking. Most smokers who were informed about the effects of the habit on their disease told researchers they intended to quit, compared with less than half of the participants who didn’t understand the risks. “People think of Crohn’s disease and ulcerative colitis as ‘bowel only’ problems and cigarette smoking as causing ‘lung problems’ and look at them separately,” Dr. Miguel Regueiro, who leads the IBD clinical program at the University of Pittsburgh School of Medicine, said by email. One limitation of the study is its reliance on patients to accurately recall and report their smoking habits, the researchers acknowledge. But the message for patients should still be clear, Dr. Gilaad Kaplan, a gastroenterology researcher at the University of Calgary in Alberta, said by email. “The most important step that an individual can take to prevent IBD is not to smoke in the first place,” added Kaplan, who wasn’t involved in the study. “Among smokers who are diagnosed with Crohn’s disease, quitting smoking is an action that they can take for themselves to improve their health,” Kaplan said. –Reuters