Pattinson vows to fire for Australia despite doubts 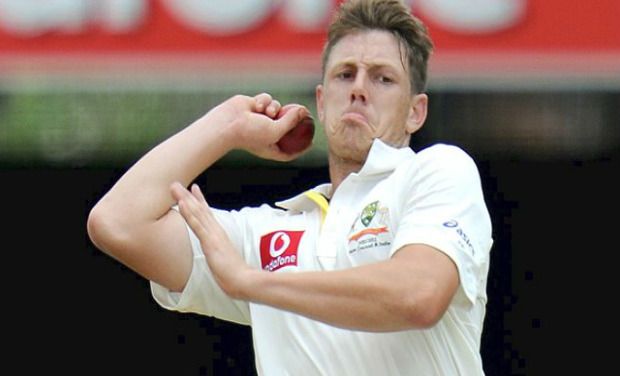 Pattinson vows to fire for Australia despite doubts

MELBOURNE - Australian fast bowler James Pattinson has vowed to give his all if he earns selection for the third test against New Zealand despite doubts about his durability after an injury-ravaged couple of years. The 25-year-old was called up to the squad for the day-night Adelaide Oval match on Wednesday as a replacement for Mitchell Johnson, who retired at the end of the drawn second test in Perth a say earlier. Victoria state coach David Saker, however, voiced concerns in the Sydney Morning Herald on Thursday that Pattinson might not be ready for the rigours of a test match after a long period battling back injuries. Pattinson, who played the last of his 13 tests in South Africa in March last year, said he was a bit surprised by his call-up but was ready to go if he got the nod. "People who know me know that I go 100 miles an hour all the time (and) if I get injured I get injured," the right-arm speedster told reporters at the Melbourne Cricket Ground on Thursday. "All I can do is prepare the best I can... go out there and whatever happens, happens. I feel like I'm hitting the bat pretty hard and the ball's coming out quite well. "I've played two (Sheffield) Shield games now and bowled over 40 overs in both, so I'm feeling good, I'm relaxed and really looking forward to it." Mitchell Starc and Josh Hazlewood made up the pace attack with Johnson in Perth, while Peter Siddle was in the squad but omitted as he had been in the first test in Brisbane. Siddle would therefore expect to come into the team for the Adelaide match, which starts on Nov. 27, but Pattinson might still get his chance because of concerns about Hazlewood's workload. After taking 51 wickets in his 13 tests, including three five-wicket hauls, Pattinson once had pretensions to being Australia's spearhead bowler. He accepts that at the moment, however, left-armer Starc's form makes him the leader of the Australian pace attack. "He definitely would have to be. He's been remarkable, he keeps taking wickets," Pattinson added. "If Pete plays he's got the experience there as well. So it would be good to have those two guys working together and then whoever else gets picked gets picked." -Reuters