People arrested from Korangi to be produced in court tomorrow: DG Rangers 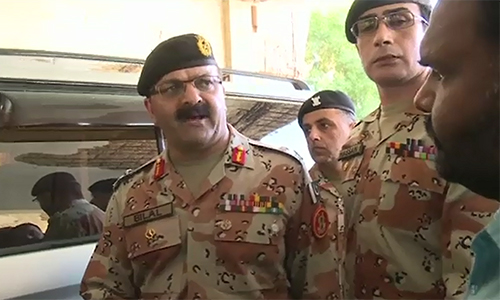 People arrested from Korangi to be produced in court tomorrow: DG Rangers

KARRCHI (92 News) – DG Rangers Maj-Gen Bilal Akbar has said that the people arrested from Korangi will be produced in court on Thursday. Talking to 92 News exclusively on Wednesday, he said that they will the release the arrested people after clearance. He said that the MQM had assured that suspects would not visit their offices.