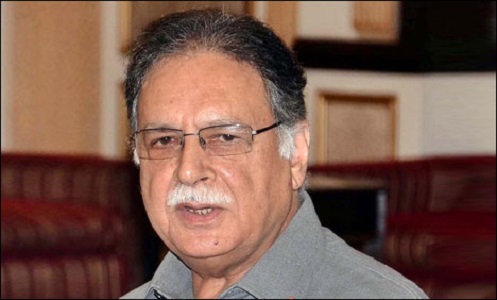 ISLAMABAD (92 News) – Federal Minister for Information and Broadcasting Pervaiz Rashid has said that people have fed up with the lies and U-turns of Imran Khan. Talking to journalists on Wednesday, he said that Imran should keep in his mind that he has played his innings. “Imran sees the next election even in his dream.” “The man not keeping his word is incapable of being called a leader,” he said. The minister said that people wanted to get rid of Imran Khan.