Peshawar Zalmi had set the 183-run target.  In reply, Karachi Kings could score 179 runs for the loss of nine wickets in the stipulated 20 overs.

RS Bopara took two wickets, while Muhammad Amir and Sohail Tanvir got one wicket each.

Muhammad Hafeez was declared Man of the Match. 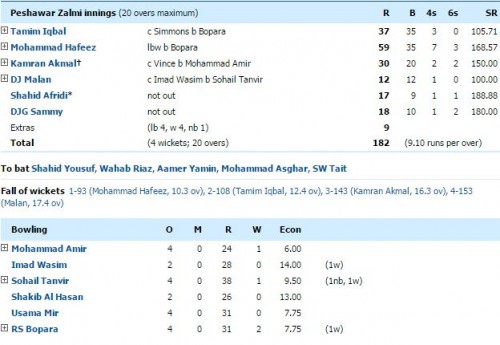 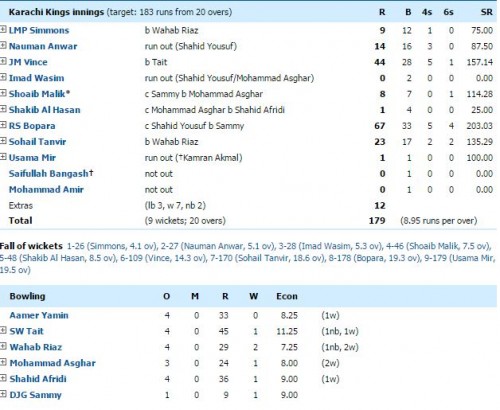