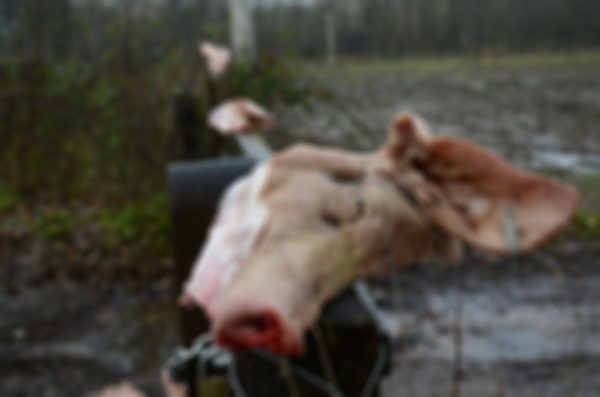 AMSTERDAM (92 News) – Pig heads have been left on the entrance to a migrant camp in the Netherlands, in an effort by some to give the Muslim refugees a hellish nightmare welcome to one of Europe's most tolerant nations. Unidentified perpetrators left some pig heads at the entrance of a refugee center in Eschmarkerveld, near the city of Enschede. Some pigs' heads were found on the fence, the rest laid out on the ground. A picture of the field decorated with pig heads had surfaced on Twitter on Wednesday with the caption: "If democracy fails, people become angry and desperate. Welcome to the hell of Eschmarkerveld." Local media suggests that such a graphic message is not only meant for the migrants, but also the government, which decided to set up the refugee center in September. When the decision was made the residents of Eschmarkerveld objected to the opening of the refugee camp, arguing they would feel "unsafe." However despite the massive outcry the municipality went on with the planned center. Disturbing scenery of disfigured pigs might especially come out offensive for mainly Muslim worshipers, who abstain from consuming pork because swine is considered 'impure' animal in Islam.