ISLAMABAD (92 News) – Prime Minister Nawaz Sharif hosted an impressive reception in honour of the team winning the Champions Trophy and gave away Rs 10 million to each player.

He also gave prizes to the officials of the team.

Earlier on arrival at the PM House, the prime minister accorded a warm welcome to the victorious team. 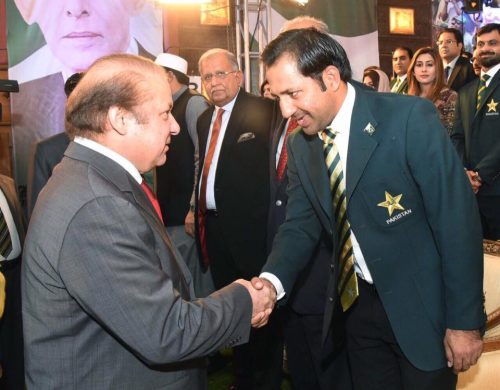 The ministers took selfies with the heroes of the Champions Trophy.

Shafqat Amanat and other artistes performed on the occasion.

Speaking on the occasion, Prime Minister Nawaz Sharif said: “We are victorious in every field. The past and the future are ours.” 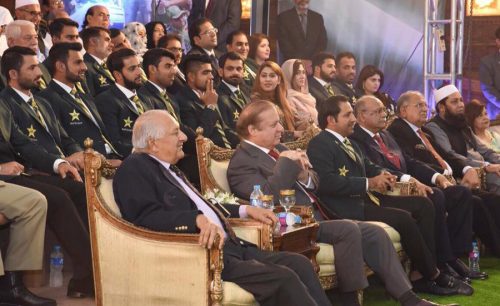 He, in light mood, said that once he was stopped from playing a match in his youth and he felt pain much more the Panama issue.

“I was unable to tolerate a bouncer and always hit a four or a six on it. In 2013, the country was passing through the situation, which was being faced by the team in the start of the Champions Trophy,” he said.

Paying tributes to the players, he said that the victorious of the Champions Trophy were real PM.

“I am cognizant of lack of grounds at the grassroots level. We have gone through this suffering in our childhood,” he said.