QUETTA (92 News) – Prime Minister Imran Khan has assured all-out support for the welfare of the masses in Balochistan.

Addressing retired judges, lawyers and civil society on Saturday, he said that even Baloch politicians did not pay attention to the progress of the province.

“Political parties visit Balochistan to get votes. There is need of human development in Balochistan,” he said. 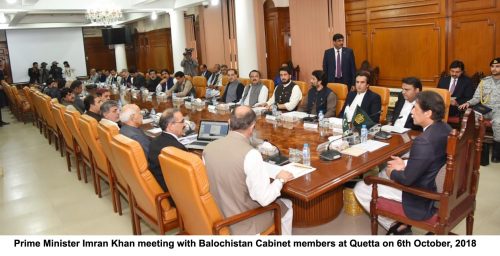 The prime minister asked the provincial government to introduce a new local bodies system. “The condition of people has improved in Khyber Pakhtunkhwa at the grassroots level,” he said.

He asked the Balochistan chief minister to strengthen anti-corruption to check corruption.

“Had the NFC money reached here there would have been progress,” he observed. He said that corruption is the biggest issue in Balcohistan.

PM Imran Khan said that Balcohistan’s reservations about the CPEC.