During the meeting, both the leaders discussed Afghan peace process including international affairs and bilateral relations. Imran Khan said that the only solution of Afghanistan is political. 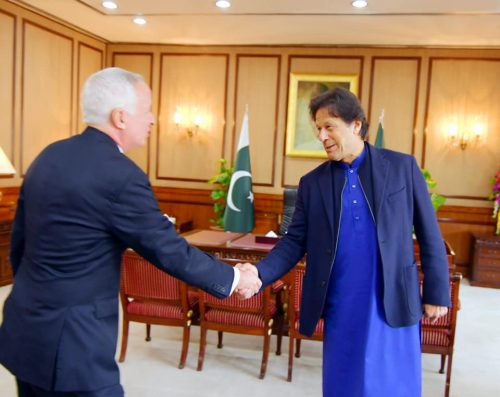 PM Imran Khan has reiterated the importance of a strong Pakistan-US relationship based on mutual interest and trust. The prime minister noted his government’s priorities to bring about a meaningful transformation in the lives of Pakistani citizens through socio-economic development and equitable distribution of resources. 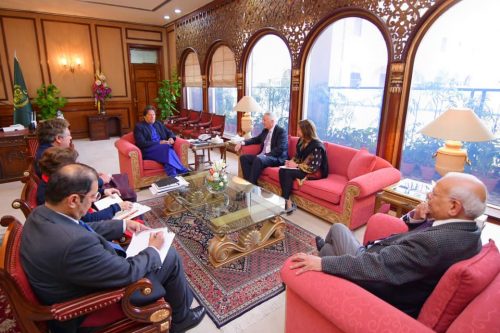 The PM said that regional security environment was necessary to realize the economic agenda of his government. He also emphasized that Pakistan fully supports a political settlement in Afghanistan which was the only viable option to end this conflict. 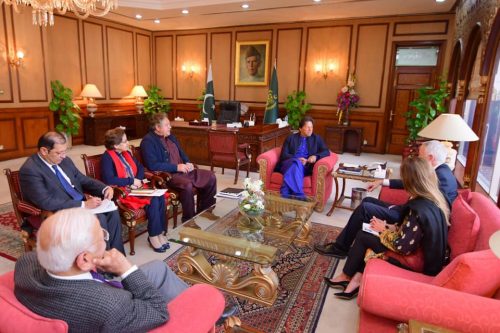 Pakistan is critical to US national security objectives

Cameron Munter said Pakistan is an important country of the region and critical to US national security objectives. He informed that as a former diplomat and now as the president of East West Institute, a prominent think tank, he continues to advocate strong relationship between Pakistan and United States.

Earlier, addressing an event at a local hotel in Karachi, US former ambassador to Pakistan, who served as US ambassador in Islamabad between 2010 and 2012, Cameron Munter has said that the US wants strong ties with Pakistan and desires to settle all the matters with bilateral talks.

Cameron Munter said that it is time for Pakistan to work on good governance and eliminate misappropriation of funds given for socioeconomic development.

The US former envoy mentioned that the relations between US and Pakistan have always faced ups and downs and Pakistan was given funds for promoting education in Sindh and Balochistan.

Cameron Munter said that the US has always cooperated with Pakistan, and wants strong ties between the two countries. He added that the direct contact should be established between Islamabad and Washington.

The former ambassador termed that the United States knows the matter would not be resolved through fight, adding that the education is only single solution to make good relation between the people of world.