Bilateral relations, with a focus on economic cooperation between the two countries, were discussed during the meeting. The Qatari Prime Minister also hosted a dinner in the honour of prime minister and his delegation. 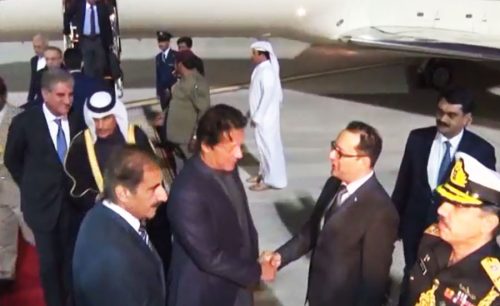 On the invitation of the Emir of Qatar Sheikh Tamim Bin Hamad Al-Thani, Prime Minister Imran Khan on Monday arrived in Qatar on a two-day official visit. 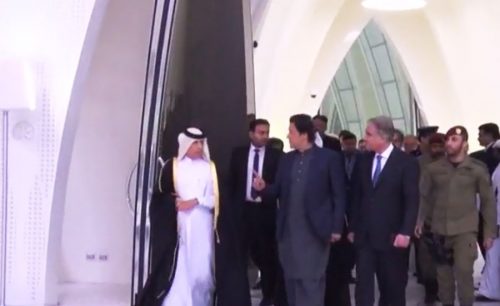 He was received by Qatar’s State Minister for Foreign Affairs Qatar Soltan bin Saad al-Muraikhi at the airport. 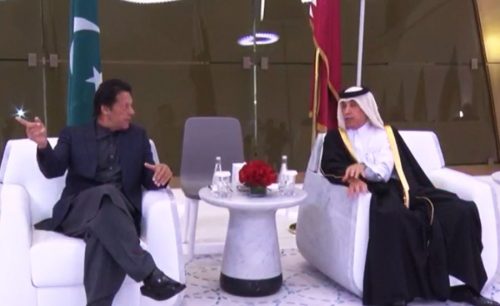 “There’s an enormous potential in amplifying Pak-Qatar relations,” Qureshi said while talking to media before leaving for a two-day visit to Qatar with PM Imran Khan.

He said a large number of Pakistanis were employed in Qatar and the prime minister will discuss the issue of exporting more Pakistani skilled and unskilled workforce to Qatar for getting employment in different sectors including IT.